Almut Iken is awarded the Seligman Crystal for groundbreaking contributions to glaciology and for mentoring many of the most distinguished glaciologists working in the area of ice flow/basal water interaction. She pioneered research into the role of basal water on subglacial motion via a combination of theoretical, modelling and bespoke field studies during the 1980s and 1990s. This work provided motivation and inspiration for the next generation of eminent glaciologists to follow on and extend the reach of her work, which has been transferred from valley glaciers to ice sheets. Her classic papers continue to be well cited today, testimony to the game-changing nature of her contribution to the discipline.

Dr Iken completed an undergraduate study of mathematics, physics and chemistry at the University of Heidelberg in 1959. She started her PhD under Fritz Müller at McGill University in Canada. When Professor Müller moved back to Switzerland, Iken transferred to ETH in Zurich, where she received her Dr.Sc.Nat. in 1973. Her professional affiliation has been exclusively with ETH in Zurich, Switzerland.

Dr Iken commenced her research into the linkage between glacier motion and basal water pressure variations during her PhD studies, where she demonstrated for the ﬁrst time that velocity variations of White Glacier (Canadian Arctic) were linked to basal water pressure variations, following careful measurements of water pressure in moulins (Iken, 1972). She then demonstrated that this was a pervasive feature of Alpine valley glaciers (Iken, 1978). This work led to three pivotal papers in the 1980, which ultimately resulted in carefully designed ﬁeld experiments to elucidate the physical mechanisms behind this connection. A pleasure of being Chair of the Nominations Committee is that one is obliged to revisit these papers. Iken (1981) extends ideas formulated by Lliboutry and Kamb to provide a model framework that associates the growth and decay of water-filled cavities on basal motion. She used ﬁnite element methods with a free boundary to simulate cavity growth, ﬁnding relationships between water pressure, cavity size and sliding speed. Modelling moving boundaries with non-linear ﬂuids remains challenging to this day. She postulated that basal motion was a function of both basal water cavity evolution and water pressure. Growing pressurized basal cavities promoted the highest basal velocities, while shrinking basal cavities were associated with lowest basal velocities. These ideas were tested first on Unteraargletscher via means of camera measurements and theodolite measurements (Iken and others, 1983). Maximum horizontal movement of the glacier coincided with the period of maximum vertical uplift, as she had predicted, and so it seemed that water pressure and cavity evolution were of more importance than the total amount of water stored at the bed. These surface measurements now required direct measurement of water pressure variations at the bed. Findelengletscher was chosen as the location for 11 × ~70m boreholes drilled to the bed. Surface velocity variations were shown to correlate with subglacial water pressures, suggesting that bed separation occurred during velocity increases (Iken and Bindschadler, 1986). A key observation was that water pressures were higher than predicted by steady state flow through straight cylindrical channels, so that the latter were thought unlikely to transmit waters of high pressure. Dye tracing revealed complexity in water flow paths, and it was noted that areas of the bed were relatively unconnected with the main drainage system.

The next step was to examine whether or not the pressured bed phenomenon was found in larger systems, and a smart place to look next was readily identified – the ice streams of Greenland. The simple solution to accessing the bed through some 1500m of ice, 50km upstream of the terminus of Jakobshavns Isbræ, was 20 hours of hot water drilling for each of 11 holes. These holes stayed open sufficiently long for thermistors and tilt sensors to be deployed within them. A substantial amount of temperate ice was found at the bed beneath the centre of the ice stream, suggesting that internal deformation made a large contribution to the ice stream motion. The southern margin of the ice stream was underlain by a low-pressure drainage system, which had the capacity to carry excess water fed into it from the borehole. This suggested that extensive sliding and bed separation was occurring. The location of the temperature minimum within the ice column was deeper in the marginal ice than that of the central ice, testimony to the greater internal deformation of the central ice. Dr Iken suggested that the kinematic funnelling of ice into a depression with a soft bed was a plausible mechanism for explaining the presence of ice streams, a phenomenon that has been readily imported into studies of Antarctic ice streams.

Finally, she revisited the problem of drainage system structure and surface velocity variations at Findelengletscher (Iken and Truffer, 1997). She correctly identified that the drainage system structure evolved during the melt season, and that this impacts significantly on the sliding law. This work inspired new studies of subglacial drainage system evolution that were tested in the Alps and are currently being applied to the margins of the Greenland Ice Sheet.

In 2002, the term ‘Iken bond’ first began to appear in the glaciological lexicon. This term refers to the upper bound on water-pressure-mediated basal friction first discovered by Dr Iken (Iken, 1981). The concepts she developed form the basis for continuing studies on the effects of bed geometry on ice flow, and on how these effects influence unstable behaviours in glaciers and ice sheets.

Dr Iken’s scientiﬁc life has been guided by an extremely methodological approach, and always with an open mind towards new methods. She has been as meticiulous with her field studies as with her modelling. She conducted her work with dedication, an incredible patience and attention to detail. She was one of the ﬁrst researchers to seriously consider the role of water in basal motion and drove signiﬁcant advances in this ﬁeld for over 20 years. The lasting impact of Dr Iken’s work can be appreciated by noting that her publications continue to inﬂuence current work even though she has not been active in research since 1995. Some 17 of her papers have citations in the past 2 years, and almost her entire publication record is referenced in the latest edition of The Physics of Glaciers. This is testimony to someone who has changed the subject.

Iken A (1972) Measurements of water pressure in moulins as part of a movement study of the White Glacier, Axel Heiberg Island, Northwest Territories, Canada. J. Glaciol., 11 (61), 53–58.

Iken A (1978) Variations of surface velocities of some Alpine glaciers measured at intervals of a few hours. Comparison with Arctic glaciers. Zeitschr. Gletscherk. Glazialgeol., 13(1–2), 23–35.

Iken A and Truﬀer M (1997) The relationship between subglacial water pressure and surface velocity of Findelengletscher, Switzerland, during its advance and retreat. J. Glaciol., 43(144), 328–338.

Martyn Tranter
for the Awards Committee of the International Glaciological Society 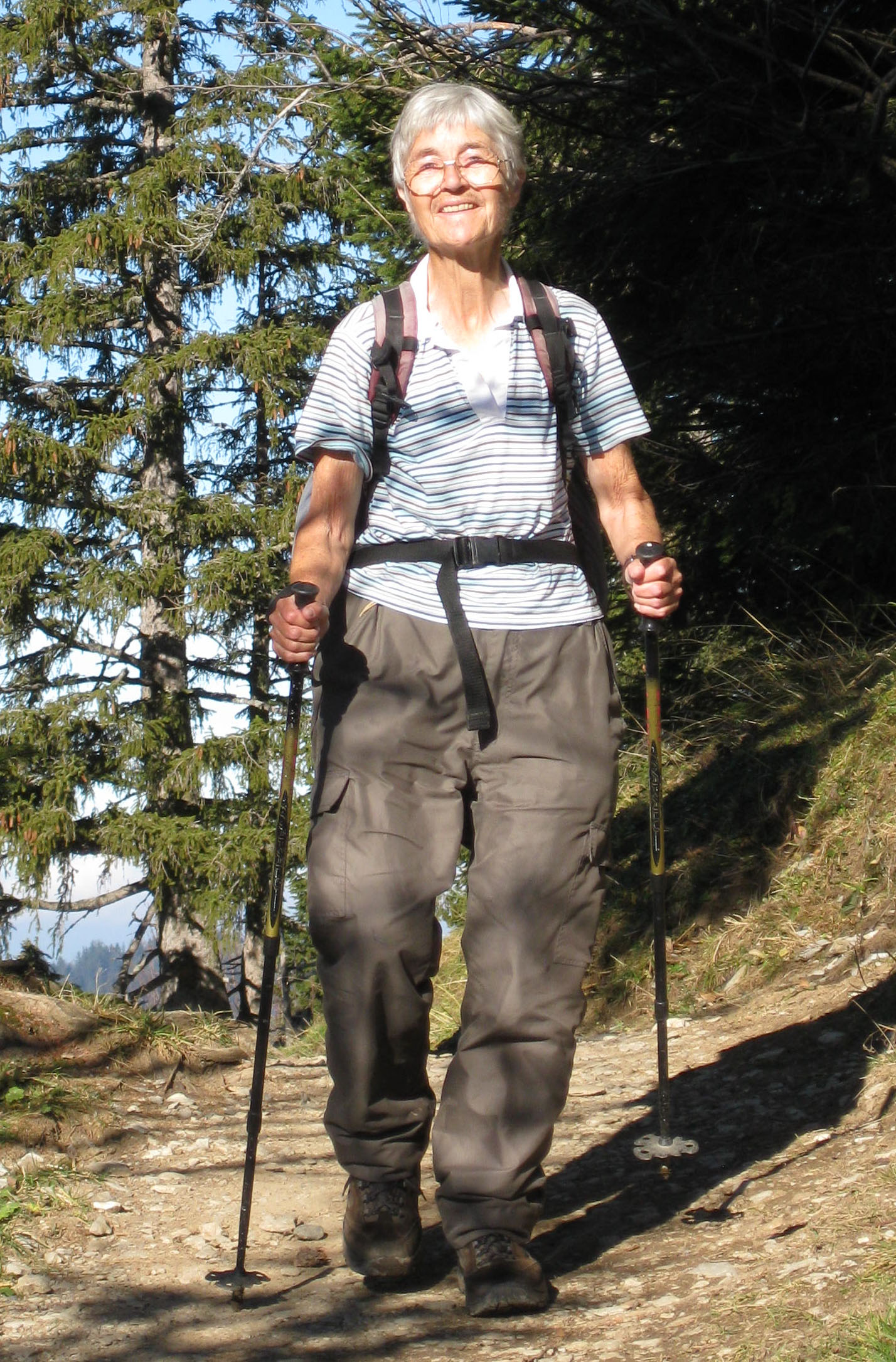