Paul Andrew Mayewski is a world leader in the use of ice core records to document climate change, variations in atmospheric chemistry through time and on the historic influence that human activity has had on the chemistry of our atmosphere. He has contributed to the understanding of how the chemistry of the global atmosphere is influenced by the burning of fossil fuels and biomass, and by natural events such as volcanic eruptions. Using ice cores records, he has explored the behaviour of massive and rapid changes in climate and pioneered the calibration of proxy and instrumental records for purposes of developing longer climate data bases from which to understand climate change. He has evolved an integrated understanding of the multiple controls on climate and the unique role of human impact.

Professor Mayewski was an undergraduate student at the State University of New York at Buffalo. He received his PhD in 1973 from the Institute of Polar Studies at Ohio State University. Since then, his research has taken him all over the world and he has been leader of more than 50 expeditions to remote regions such as Antarctica, the Arctic, Ladakh in the Indian Himalayas, the Tibetan Plateau, Tierra del Fuego, China and Iceland. Major projects in which he has had a key role include GISP2 (Greenland Ice Sheet Project 2, 25 American institutions); ITASE (International Trans Antarctic Scientific Expedition, 21 nations); and CADIP (Central Asian Deep Ice Coring, 7 nations). His travels have led to strong collaborative activities with numerous international institutions (e.g. Chinese Academy of Sciences, Nepalese Department of Hydrology and Meteorology).

Prof. Mayewski’s reputation has led to invitations to speak at more than 300 events. He is widely published in the scientific literature, with more than 150 highly collaborative publications including numerous in high profile journals such as Nature and Science. His body of work has been cited more than 6500 times. For this contribution he has already received several awards: he is a recipient of the inaugural Medal for Excellence in Antarctic Research. He has been awarded an honorary PhD from Stockholm University in Sweden. He is a Fellow of the American Geophysical Union, a Fellow and citation winner in the Explorers Club. Mayewski Peak in Antarctica bears his name.

The Awards Committee was unanimous in considering Paul Andrew Mayewski, Director and Professor, Climate Change Institute, University of Maine, USA, as the recipient of the 2009 Seligman Crystal.

for the Awards Committee of the International Glaciological Society 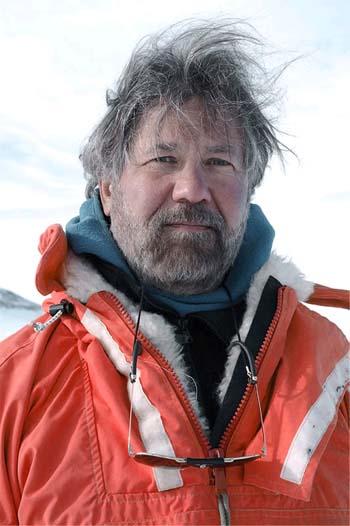