Richard has advanced the field of glaciology on a huge number of different fronts, and to enormous effect, through his insights in the technical and mathematical field of ice sheet modelling. The distinctive common feature of these advances is Richard’s imaginative deployment of methods and techniques from the wider realms of physics, numerical methods and mathematics, leading to great advances in our understanding of glaciers and ice sheets.

Of such ice bodies, he has studied their flow, their dynamical instability, their thermomechanical behaviour, and the roles they play in the global system of planet Earth. All of these endeavours have become increasingly relevant to society during Richard’s illustrious career, and he has remained at the forefront of the rapidly growing field of ice sheet modelling for all of that time. Few scientists, in any geophysical field, will have pioneered so many wide-ranging numerical and mathematical techniques to address so many important problems. Put simply, Richard is recognised internationally as an ice sheet modeller of the highest calibre. Over the years, he has delivered a panoply of thought-provoking and inspirational talks, often introducing methods, models and concepts completely new to glaciology. He has also contributed as Chief Scientific Editor and Scientific Editor for IGS journals, and as convenor of an Ice Sheet Modelling session at EGU.

More than anything, Richard has pushed the idea that glaciological models benefit enormously from direct confrontation with observational data (and that modellers and observational scientists similarly benefit from close communication with each other. By operating to such a high standard at this interface between modelling and observations, Richard has published many of the breakthrough papers that have led the entire field of glaciology forwards into the modern era of realistic ice-sheet models that productively exploit data from satellites and broad-scale field campaigns.

Amongst his many huge contributions, Richard identified the importance of membrane stresses in regulating the patterning of ice streams, recognised the need for improvements in numerical treatment of grounding line migration, proposed theories of drumlin formation as an instability, improved thermal models of ice sheets, invented new ways to date and interpret ice cores, and developed an entirely new class of asymptotically-motivated ice sheet model. The publication list provides additional detail of these, and many other, advances. Models based on Richard’s equations now underpin sea level predictions made by numerous ice-sheet modelling groups across the world.

In his crucial research into grounding lines, Richard has been instrumental in identifying, and overcoming, a major hurdle that hindered ice sheet modelling for decades. Richard has not always been right about grounding lines, perhaps most conspicuously in early assertions that removing ice shelves ought to have little impact on grounded ice flow; but then, it was Richard who recognised the need for a more advanced theoretical development, and who was instrumental in leading glaciology towards a revolution in the understanding of grounding line dynamics. Richard, with others, led model intercomparison exercises that blazed a trail to the accurate physical models of grounding line migration we have today.

Richard’s approach to science has always been collaborative, and his attitude to colleagues and students has always been helpful, supportive and encouraging. Just a few of the topics and collaborations that Richard has contributed to are listed below:

In view of his success at tackling these difficult problems in glaciology, his collaborative leadership of the field, both through his excellent work and his supervision of students and postdoctoral researchers, and mindful of the high esteem in which he is held by glaciologists worldwide, the Council of the International Glaciological Society has decided to award the Seligman Crystal to Richard Hindmarsh. 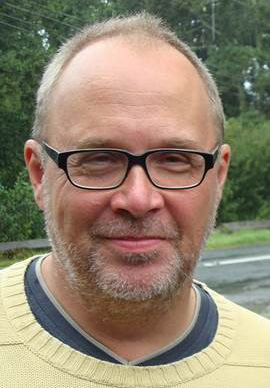