The Awards Committee unanimously nominates Lonnie Thompson, University Distinguished Professor, Byrd Polar Research Center and Department of Geological Sciences, the Ohio State University, as the next recipient of the Seligman Crystal. The Crystal is awarded for his pioneering work in the reconstruction of past climate from high-altitude ice cores in tropical, and subtropical ice caps and glaciers. Prof. Thompson has also been active in communicating the urgency and importance of global warming to policy makers and the general public.

Professor Thompson obtained his B.S. degree in geology from Marshall University, and received his M.S. and Ph.D. degrees from the Institute for Polar Studies, The Ohio State University. On completion of his PhD in 1976, he became a research scientist at the Byrd Polar Research Centre at Ohio State University. In 1974 Thompson’s party had been the first (recorded) to set footon the remote high-altitude Quelccaya ice cap in the Southern Andes of Peru. It took 9 years of inventiveness and persistence before the 1983 team, led by Thompson,collected a 1,500-yearice-corerecord of tropical precipitation. This core was drilled using an innovative solar powered drill carried up to 19,000 ft by pack animals. Over his career Thompson has worked on the ice fields and glaciers of the Central Tibetan Plateau, the Southern and Central Andes of Peru and the Bolivian Altiplano, Alaska and Franz Josef Land in the Russian Arctic, Western Greenland and the Eurasian Arctic ice caps, Western China and the Tian-Shan and Pamir Ranges, Tanzania’s Kilimanjaro as well as the South Pole and Antarctic Peninsula. As a result of his leadership and perseverance, the world has evidence of an alarming warming trend in the tropical and subtropical regions that exceeds any normal variation seen in past centuries.

Approximately 50 research expeditions have been led by Prof. Thompson to the remote highlands of 15 countries in five continents – this is an average of more than one per year! To support this work he has been awarded over 50 research grants from the NSF, NASA, NOAA and NGS. The results of the research team have been disseminated in more than 200 refereed scientific publications and reports, including numerous papers in high profile journals. However it has been the struggle and success against all odds in the collection of this sensitive climatological data in adverse, high altitude conditions that has brought Prof. Thomson to the attention of the general public and the media. He has been on outstanding role model for the highest achievement in science, for example, being chosen as America’s Best in Science and Medicine by Time Magazine and CNN in 2001, and highlighted in K. Krajick’s “Ice Man: Lonnie Thompson Scales the Peaks for Science” in Science in 2002. Lonnie Thompson has participated in over twenty major projects concerned with communication of science to the public, including a book, Thin Ice, that is his biography, as well as an introduction to climate-change science. Thin Ice: Unlocking the Secrets of Climate in the World’s Highest Mountains, by Mark Bowen[1] was named Best Science book of 2005 by US National Public Radio’s weekly environmental program, Living On Earth. Such high profile success has resulted in popularity as a speaker and Prof. Thompson gave more than 120 invited lectures in the 6 years between 2001-2006.

In spite of the demands that public attention has placed on his time, Prof. Thompson has served on numerous national and international panels on climate change, as well as on the editorial boards of Quaternary Science Reviews, Geology and The Holocene. He has served as an elected member of the governing Council of the International Glaciological Society and was the co-chief editor with his wife, Professor Ellen Mosley-Thompson of Annals of Glaciology volume 43 in 2005. Remarkably he also finds time to serve on numerous internal committees of the Ohio State University.

Prof. Thompson already has an impressive array of distinctions. In July 2007 he was awarded the National Medal of Science, an honour bestowed by the President of the United States🡕 on the recommendation of the US National Science Foundation🡕 to individuals in science🡕 and engineering🡕who have made important contributions to the advancement of knowledge. Also in 2007 he was awarded, jointly with his wife, Professor Ellen Mosley-Thompson, the Roy Chapman Andrews Society, Distinguished Explorer Award. He was elected a member of the American Philosophical Society in 2006. In 2005 he was elected to the membership of the National Academy of Sciences[2] and the fellowship of the American Association for the Advancement of Science. He has been a fellow of American Geophysical Union since 2001. He also received the prestigious Tyler Prize, sometimes likened to the “Nobel prize” for Environmental Achievement, in 2005. In the past 6 years he has won accolades from other nations, accepting the Dr. A.H. Heineken Prize for Environmental Science from the Royal Netherlands Academy of Arts and Sciences, the Vega Medal from the Swedish Society for Anthropology and Geography and the Common Wealth Award for Science and Invention. He has also received various honours from the universities with which he has been associated.

However perhaps – most impressive of all that bears testimony to his skills as a scientific motivator, politician and diplomat is that he has worked collaboratively for 30 years with Tibetan, Chinese, South American and Russian researchers in a way that is only possible if affairs are conducted with considerable international sensitivity and broad-mindedness. A measure of the respect with which he is held is shown by his appointment, in 2005, as the Co-director of Academics, Tibetan Plateau Research Institute, Beijing, China.

Pat Langhorne
for the Awards Committee of the International Glaciological Society 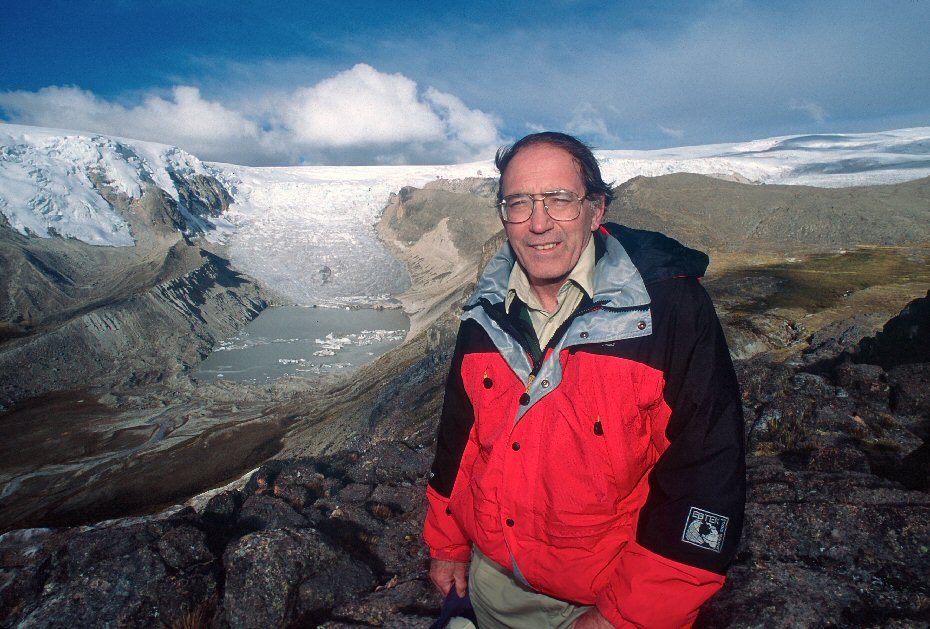