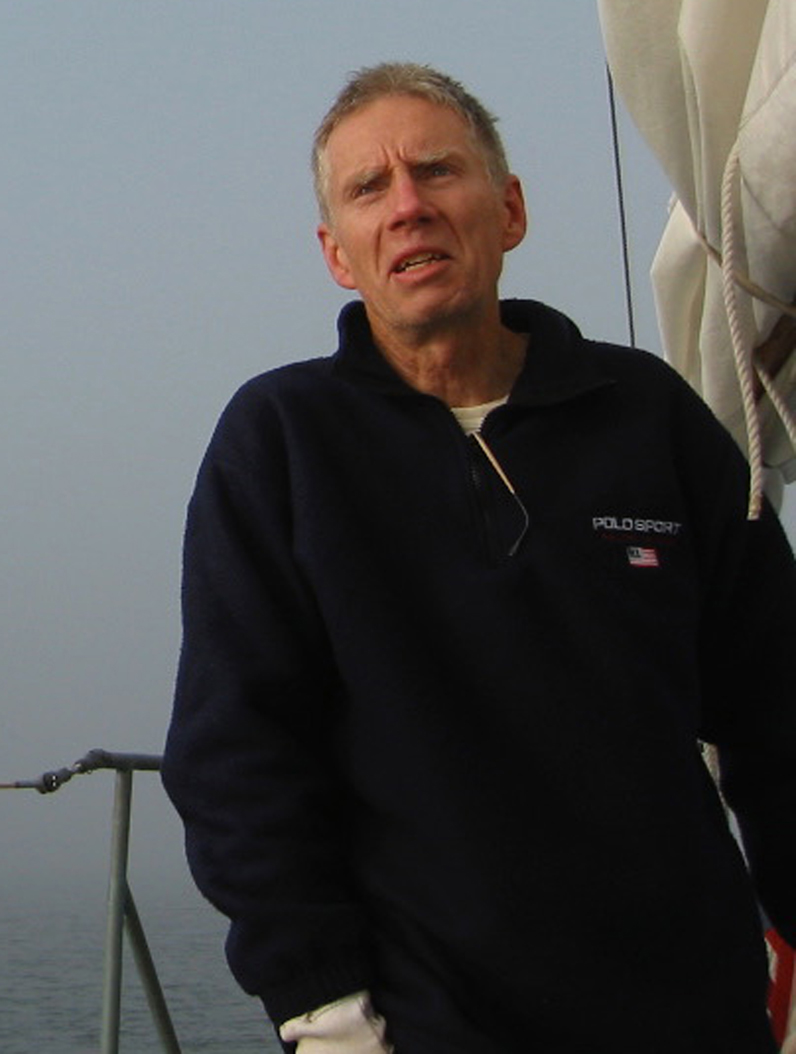 A tribute by John F. Nye

Alan Stewart Thorndike, glaciologist, died in Easton, Maryland, USA on 8 January 2018, aged 72, after a short illness with an aggressive pneumonia. Alan will be remembered as a kind and generous man with a powerful intellect, a scholar, man of action and athlete, in spite of suffering from Parkinson’s disease for three decades.

Alan, one of five children born to Alan Mouton Thorndike and Mary Louise Van Dyke Thorndike, grew up in Bellport, NY, U.S.A. on the south side of Long Island. There he developed what became a lifelong passion for sailing. Adventurous and not always one to follow the rules (he often acted as if “small craft advisories” applied only to those in dinghies), Alan sailed Long Island Sound, Puget Sound and Barkley Sound, the Strait of San Juan de Fuca, Haro Strait and the Strait of Georgia, the waters surrounding the San Juan Islands, and the rivers and creeks of Chesapeake Bay. Believing that boats should be made from wood and willing to put in the work to care for them, Alan captained various boats, a self-made 8ft dinghy, a 19ft sloop, a 41ft ketch and finally the Peregrina, a 30ft sloop built in 1962, which he restored and sailed in his retirement years.

Alan left Bellport to attend the Northfield Mount Hermon School in Massachusetts and went on to Wesleyan University in Connecticut. There he studied mathematics, physics and geology and took a BA degree in 1967. After college he travelled to the Pacific Northwest where he earned his Ph.D. in geophysics from the University of Washington. At the age of 29 he was Chief Scientist on the ice for the Arctic Ice Dynamics Joint Experiment (AIDJEX), his work being crucial to the scientific effort and planning.

I first met Alan in 1965 when he was a graduate student on the Juneau Icefield, Alaska, attending one of the summer courses organised there by Professor Maynard Miller. I was one of the lecturers. The lectures were given in a hut at the top of the Vaughan Lewis Icefall and below it was a very conspicuous example of the “pressure waves” that I was lecturing about. Alan and I decided to go down and look at them more closely. I think there were three in the party. I had only a little experience of climbing, and none of ice and snow climbing, while he was much younger and already very competent. On our way down I slipped on a steep snow surface and was held on a short rope by Alan, who very efficiently helped me climb back. For that moment he held my life in his hands.

Much later we met again in Seattle as members of the modelling group of AIDJEX. The movement of the sea- ice was monitored by data-buoys using the NavSat system and Alan was in charge of this.  However, perhaps his most lasting contribution to the theory of sea-ice movement was an improvement in the theoretical model. The condition of the sea-ice in each elementary area was to be characterised by its average thickness. Alan pointed out that, instead, in each elementary area there was a distribution of thicknesses and to capture the mechanical properties it is this whole distribution that must be used in the model. He was saying that a function, the thickness, ought to be replaced by what mathematicians call a functional, the whole distribution of thicknesses. In practice, only a few bins in the distribution might be enough, the fraction of open water, and the fractions of first-year, second-year and third-year ice. The conceptual advance of the “Thickness distribution” and the “Thickness distribution equation” describing its changes continue to be fundamental components of advanced sea-ice models.

There was a distribution of velocities in the sea-ice and, by mapping it to velocity space, Alan produced caustic patterns that evolved in ways not entirely understood by mathematicians. He interested his mathematician friend Clifford Cooley in these ideas and and the three of us happily worked together on the classification of the caustic patterns. The result was a list of the possible ways in which the caustics can evolve, which was correctly described by the great mathematician Vladimir Arnold in the preface to his book on the subject as ‘semi-successful’,’semi’ because we had overlooked two of the possibilities. Nonetheless we regarded the remark, coming from such a man, as a great compliment. Alan and I formed a firm and long-lasting friendship and played recorders together in a quartet. He was a joy to be with, working or otherwise. Later, in the field, he found himself directing the evacuation of the main Big Bear camp when it unluckily cracked apart in October 1975.

Alan was a passionate and inspiring teacher with an impressively wide range. He joined the faculty of the University of Puget Sound (UPS) in Tacoma, Washington in !983 and served there until his retirement in 2012.  Alan was proud of his contributions as a teacher, often enriched by his skilled craftmanship in wood and metal. He loved to recreate famous physics experiments, such as the Zeeman effect, with students in his lab.  He taught classes across disciplines, including courses on the origins of life and climate modelling. Many of the students he taught and mentored have gone on to complete doctorates in physics, astronomy or geophysics.  And Alan’s touch is still apparent on the campus. For example, he designed the multi-story Foucault pendulum that hangs in UPS’s Harned Hall and built the Penrose tiling that lies beneath it.  With his colleague Jim Evans, he organised an international Max Planck Symposium, held at UPS to mark the 100th anniversary of the quantum with the papers subsequently published by Springer. Alan’s outstanding contributions to the university were officially recognized when he was named the second University Professor of Natural Sciences. 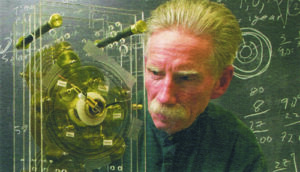 An achievement of which he was particularly proud was the working model he built of the Antikythera Mechanism.  The ancient Greek prototype, which survives only in fragments, was a gearwork machine (about the size of a shoebox) that replicated the motions of the Sun, Moon and the planets, told time in two different calendars and predicted eclipses. It was built probably in the 2nd century BC, lost in a shipwreck around 60 BC, and recovered by sponge divers in 1901. It has been the subject of an intense international research effort in recent decades. With Jim Evans and Christian Carman, Alan formed a research team that discovered the way that the nonuniform motion of the Sun was displayed on the mechanism and showed the way that the retrograde motions of the planets and cyclic changes in the Moon’s orbit were probably produced by the epicyclic gear wheels.

Alan’s talents extended far beyond the sciences and the classroom. He ran cross-country and track and completed several marathons. In Washington State he won 24-hour time trial bicycle races (once logging 391 miles). Because his balance was poor in the last four years of his life in Oxford, Maryland, he rode a recumbent three-wheeler, his goal being 100 miles a week. He built clocks and a device to measure the tides in Oxford’s Town Creek. He was a master woodworker, who built a harpsicord and beautiful furniture for his family, bowls and boxes for friends and toys for his grandchildren.

In writing this tribute I have quoted extensively, by kind permission, from the fine appreciation of his father written by his son John.  I have also been greatly helped by Jim Evans at the University of Puget Sound and Jamie Morison at the Polar Science Center of the University of Washington.