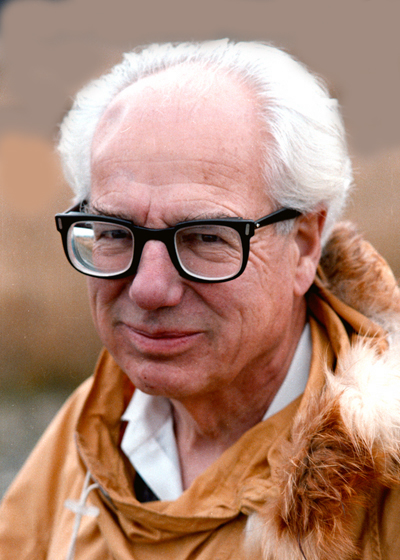 Link Washburn contributed immensely to the field of periglacial geomorphology through his research, his publications and his personal qualities. He inspired, stimulated, and encouraged researchers worldwide. Link was also a visionary. Decades before the emergence of “earth system science” and the widespread concern about global warming, Link conceived of and launched the Quaternary Research Center to promote interdisciplinary research about the global environment during the past couple of million years. This critical period is characterized by massive, abrupt changes in climate, sea level, global biota and ice extent, as well the evolution of humans and the advent of civilization.

Link’s wife Tahoe – his field assistant, friend and companion for 71 years — was always kindly at his side. With her warm support Link aided and guided numerous young researchers and fostered the development of a small but unusually cohesive community of permafrost and periglacial researchers that extends around the globe. They accomplished this through their exceptionally warm and encouraging personalities, their renowned hospitality and generosity, as well as their passion for, and deep commitment to Arctic science, landscapes and people. Their love of the far north was clear from their calendar, which revolved around a northward migration each summer to carry out field research; these sojourns to the Arctic continued well into their eighties.

Very sadly Link passed away on January 30, 2007 after a bout with pneumonia. He was 95. He lived a long, active and rich life and a remarkably productive career. Reflecting on the latter, Link said in one of his rare speeches in 1988, “To test the forefront of knowledge for even a brief period, particularly when the subject matter concerned the intimate workings of nature, provided both a motivation and challenge that … are deep and real for me…”

His immense contributions to science include important discoveries about Arctic landscapes, numerous articles, monographs and authoritative reference books respected worldwide, his principal role in creating a strong, international community of geocrylogists, and his launch of one of the first major interdisciplinary environmental earth science research centers, which has inspired and guided the creation of many others around the globe.
Bernard Hallet