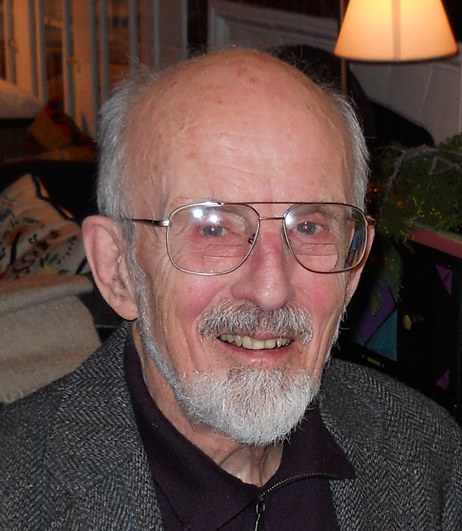 Charlie Bentley, an IGS member since 1959, a former IGS Vice-President and a Seligman Crystal recipient, has died at the age of 87

Charlie Bentley, Emeritus A.P. Crary Professor of Geophysics at the University of Wisconsin–Madison, passed away peacefully on 19 August 2017. Born in 1931 in Rochester, New York, USA, he graduated in physics from Yale and then found his way into Doc Ewing’s program at Columbia University. After participating in shipboard seismic explorations in the Atlantic, Bentley took as his PhD project the development of seismic techniques in Greenland, preparing to plumb the depths of the Antarctic ice sheet as part of the International Geophysical Year (IGY).

Charlie was an active member of the IGS, serving on the Council and, for several years, a valuable member of the IGS Awards Committee, which makes the recommendations to Council regarding potential recipients of the Society’s awards. namely the Seligman Crystal, the Richardson Medal and Honorary Membership of the IGS. It is thus appropriate to quote the citation given by the then President of the International Glaciological Society, Dr Samuel C. Colbeck, on the occasion when Charlie was himself awarded the Seligman Crystal, during the International Symposium on Ice-Ocean Dynamics and Mechanics held at Hanover, New Hampshire, USA, in August 1990. It is as relevant today as it was then. 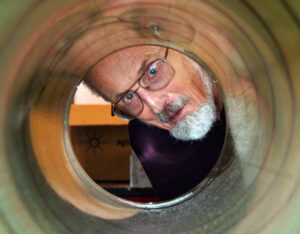 ‘Dr Charles Bentley’s work on the Antarctic Ice sheet spans the period from the IGY in 1957 when we knew rather little about even the geometry of the world’s dominant fresh water reservoir, to the present when he is still a key figure in developing knowledge about the very processes that control the flow of the ice sheet. It is timely to present a Seligman Crystal to Charles Bentley because he was one of the pioneers who laid the foundations for current work on the ice sheet, work that is now even more widely recognized because of our sudden interest in the Earth’s climate.

‘In his early work he pioneered the use of geophysical techniques in Antarctica including the study of wave propagation in glacier ice and other heterogeneous media. While he has taken the lead in developing geophysical sensing techniques for the ice sheet, his work also included flow and mass balance studies, icebergs, ice shelves, subglacial till, and even subglacial crustal structure. 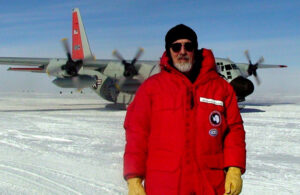 ‘As is appropriate for someone of Dr Bentley’s knowledge and vigour, his contributions have been made in in part through a group of students. Thus he has given us a group of professionals who are now contributing on their own, at this meeting for example. In recent years this group has revolutionized our ideas about the very flow of glaciers and ice sheets.

‘As is befitting an Antarctic glaciologist, Dr Bentley has been very active in international organizations and has served the international community of scientists through a number of those. Not being an Antarctic glaciologist myself, I have not had the opportunity to work with Dr Bentley in the field, but I have served on the Board of Editors of the Antarctic Research Series which he chairs. He has invigorated that Series with his enthusiasm for Antarctic science with the same dedication to the subject that has allowed him to complete so much research, on such a difficult subject, in such an inaccessible place. For the great depth and breadth of his work, we are pleased to present the Seligman Crystal to Dr Charles Bentley.’

The above is the Seligman crystal citation for Charlie Bentley.