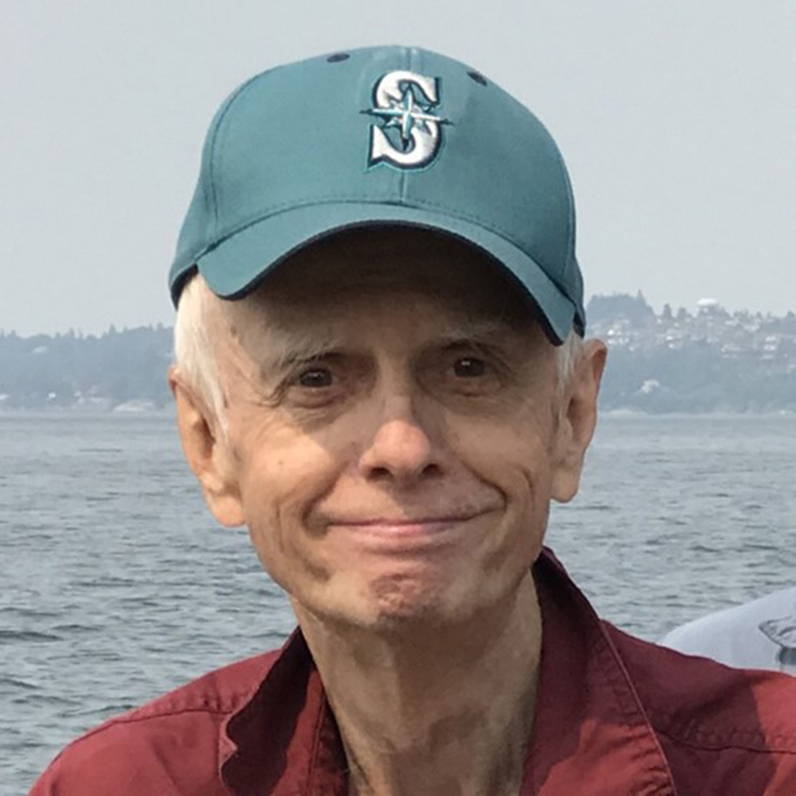 Following a fall and a short illness, Al passed away on 13 February 2021 at age 83, in Seattle, Washington, USA.

Al was born in 1937 in Enumclaw, in the foothills of the Washington Cascades near Seattle. He graduated from West Seattle High School, and in 1959 he graduated with a Bachelor of Science in Meteorology and Climatology from the University of Washington.

At that time the university had an IBM-650, an early digital computer that required the user to punch in a FORTRAN program on a set of cards with holes (punch cards). 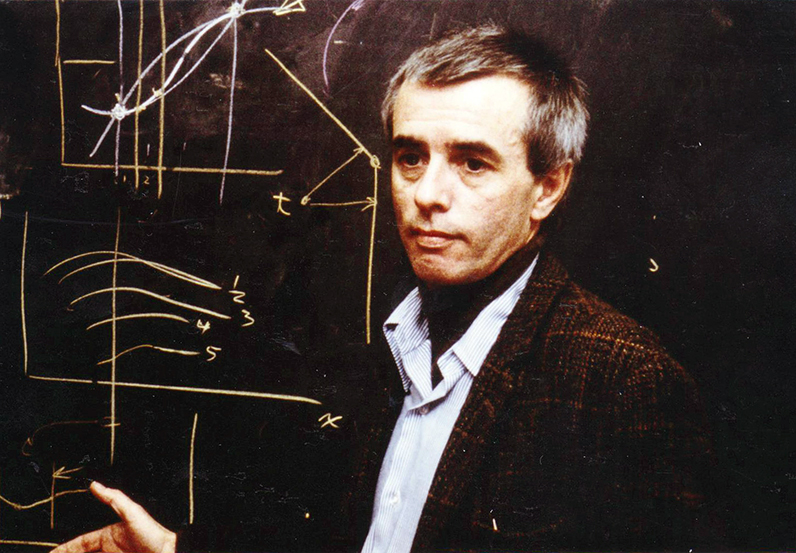 The stack of program cards, together with cards containing the input data, and control cards then had to pass muster with the FORTRAN compiler. The stacks of program cards for the complex programs that Al helped create were often a meter or more in length. The use of computers to help solve analytical problems appealed to Al, and after graduation he worked part-time as a research assistant at the university, developing numerical models to simulate the motion of Arctic sea ice, and as an instructor for evening classes in computer programming.

Between 1960 and 1968, Al worked for Boeing as a research engineer developing computer algorithms to create mathematical definition of the exterior surfaces of Boeing 727 airliners, and developing and updating computer standards as new computers came on-line.

During these early days, when computers required punch cards, Al worked nights at the University of Washington computer facility when there were fewer users, and shorter wait times for reading the card decks. Because the process in rerunning card programs was tedious, Al became proficient in (and proud of) writing code that worked the first time. Even after virtual coding became the standard, he was never a fan of using a computer to check for coding errors. After the transition from cards to virtual computing, on-line computer time was charged, and he was a bit annoyed that merely logging on and off cost $0.02, saying, ‘But I didn’t do anything’.
Fortunately for glaciology, Al was drawn to using numerical methods to solve geophysical problems. In 1968 he joined the US Geological Survey (USGS) Division at Tacoma, Washington. Al was the source of a lot of intellectual energy at the USGS office. Initially he worked with Bill Campbell and Chi-Hai Ling developing time-dependent numerical models of glacier flow, and a sea ice module for a global climate model.

Later, Al was a part of the USGS Columbia Glacier team, led by Mark Meier. The research included a comprehensive assessment of active processes during the dramatic retreat and iceberg discharge from Columbia Glacier, Alaska during the early 1970s and through the 1980s. A fundamental goal of the project was to assess the iceberg-hazard to large oil tankers transiting in and out of Port Valdez, the southern terminal of the Trans-Alaskan oil pipeline. Al, together with Bob Bindschadler, made a major contribution to this effort by creating a dynamic time-dependent flowband model to predict the retreat of Columbia Glacier and the resulting iceberg discharge. Other USGS colleagues included Suzanne Brown, Carolyn Driedger, David Frank, Andrew Fountain, Bob Krimmel, David Miller, Austin Post, Liz Senear, Bill Sikonia and Wendell Tangborn.

It was a great benefit to us at the University of Washington when Al shifted his work place to the Seattle campus in 1987. He did not want a “position” at the university, preferring to be a free spirit of science motivated only by the passion of doing it – an inspiration to us all. Al had a unique way of noticing and expressing where and when we should perhaps think a bit deeper.

Charlie Raymond and Al had first met in 1969, and they both enjoyed and benefited from ongoing fruitful discussions about ways to think about various problems. Others also benefited from Al’s talents and expertise. For instance, he worked with Ed Waddington on a new method to infer surface velocities from repeat measurements of stakes or markers inserted on the moving surface of a glacier or ice sheet. This robust data reduction for survey data (called ‘UVWXYZ’) uses least squares based on singular value decomposition, to simultaneously calculate velocities (UVW) and positions (XYZ) of moving markers in a geocentric coordinate system. The code has since been applied to surveys of the Greenland Ice Sheet summit, and of Taylor Dome, Roosevelt Island, and WAIS Divide in Antarctica, and to frost-creep of a gelifluction slope in the Northwest Territories, Canada. He also worked with Bernard Hallet to solve the heat conduction equation for freezing-thawing ground.

Since the mid-1990’s, much of Al’s research combined his passion for meteorology and glacier mass balance. It started when Al teamed up with Howard Conway and mountain meteorologist Pam Hayes to evaluate the potential for using twice-daily measurements from a nearby radiosonde station to estimate spatial and temporal variations of atmospheric conditions at Blue Glacier in western Washington. Results showed that the free-air conditions (interpolated in altitude and time from the radiosonde data) provide a much better estimate of conditions on the glacier than do measurements from low-altitude stations. Modeled and measured stake ablation measurements made over 30 years at two sites on the glacier agree within the error associated with stake measurements.

Encouraged by these results, in later work Al accessed the NCEP-NCAR reanalysis database, which starts in 1948 and consists of gridded radiosonde, satellite and surface observations that span the entire Earth. Using these data to construct models of glacier mass balance constrained by glacier measurements, he evaluated the sensitivity of numerous glaciers in North America, Patagonia, Iceland, Scandinavia, and High Mountain Asia to variations in temperature and precipitation.

As might be expected, his mass-balance and glacier research fostered strong interest and connections with international collaborators, including Liss Andreassen, Andreas Bauder, Graham Cogley, Regine Hock, Francisco (Paco) Navarro, Lindsay Nicholson, and many others. Al attended scientific conferences into his 70s and especially enjoyed the annual European Geosciences Union meeting in Vienna, Austria, where his passion for science and the international scientific community came together with the history and culture of Vienna. From 2008 to 2011, Al was fully involved with an international working group that compiled a “Glossary of mass-balance and related terms”; the product’s comprehensive high quality is in large part due to Al’s clarity in thought and writing.

His ability to think deeply and to appreciate detail was manifest in his appreciation of a data sheet over a graph, correctly coding a computer program before running it, and enjoying a scoreless baseball game (a pitching game) over one with many hits and runs (a batters’ game). He upheld principles of rigorous analyses and clear writing. In one memorable instance, after being asked to provide an informal review of a paper by a young colleague, his suggestions in red were more extensive than the original text in black.

The preface of his self-published book, Analytic Geometry Solutions, is a legacy of his rigor and his enjoyment of solving puzzles: ‘… the expectation is that this book will be used as a reference. Readers who enjoy simple mathematical puzzles as much as the author, however, may wish to treat the table of contents as a list of questions and work out their own answers to some of them. The author would appreciate learning of any solutions that can be expressed more precisely than those given here as well as corrections should that regrettable occasion arise.’

Many of Al’s accomplishments were through his contributions to others, and through sharing a unique type of unselfishness, expertise, and frank advice. He was a source of hidden knowledge and understanding. Al was generous, kind and thoughtful, and shared his insights and humor with everyone.

We can’t possibly do justice to Al’s influences on the lives of so many graduate students, and post-docs, but here are mail-in memories from just a few of them:

… discussions with him about politics, history, and Vienna stand out as much as those about glaciers (Michelle Koutnik)

… the literal and metaphoric feather in his cap. Trader Joe’s quiche for lunch every day. His passion for politics and baseball (Kat Huybers)

… influenced my interest in software, and in matters of life (Bruce Weertman)

… lucky to have met Al, who is such a kind person (Felix Ng)

… a highlight of my time at UW. Really glad I got a chance to know him (Nick Holschuh)

… working with him on Blue Glacier. Being able to get geometric advice (TJ Fudge)

… he really was the best. Such a good person (Erin Whorton)

… fun conversations with him in the lab (Seth Campbell)

… the best combination of prickly (‘why can’t I keep my Xterm?’), and thoughtful, insightful and kind (Tom Neumann)

… a real source of hidden knowledge and understanding; his ego factor was about as low as it gets. You don’t find many people in the community like that these days (Steve Price)

… talking about the difficulty of deriving bed topography of glaciers using the continuity equation. Two days later he sent a paper he had written in the 1980s doing exactly that on Columbia Glacier, with a comment in red pen ‘Not hard at all!’ (Ben Smith)

… learned a whole lot from Al – some of it was on the importance of using spaces when formatting FORTRAN code! (Tony Gades)

… so many fond memories of sharing an office (Nadine Nereson)

… he had us focus on identifying the essence of what drove precipitation on the Blue Glacier and winnow those elements to identify what was essential. This was the same approach he took to writing. If a word was not essential, leave it out. (Pam Hayes)

Al is survived by sons Bill, John, Pete and Bob, and grandchildren Andrew, Erica, and Brock, as well as five siblings and many friends around the world.

We all miss him dearly, but we are eternally grateful for his inspiration.