Mark Meier, an IGS honorary member and Seligman Crystal recipient has died at the age of 87

Prof. Mark F. C, prominent American glaciologist, passed away in Boulder, Colorado, on Sunday, November 25, 2012. He had been a resident of Boulder since 1985, where he was Professor of Geological Sciences and Director of the Institute of Arctic and Alpine Research (INSTAAR) from 1985 to 1994. 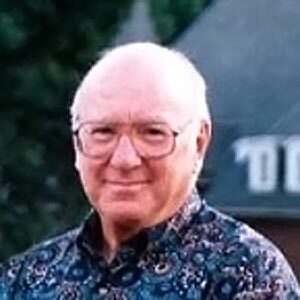 Prof. Meier was a seminal leader of the modern geophysical study of glaciers, receiving his PhD from the California Institute of Technology in 1957, participating in glaciological studies during the International Geophysical Year (1957-58), then directing the U.S. Geological Survey’s Project Office – Glaciology in Tacoma, Washington until assuming the Directorship of INSTAAR in 1985. During the International Geophysical Year and International Hydrological Decade (1965-1975), Prof. Meier was a principal organizer of systematic measurements and assessment of glacier mass balance in North America. He was also a pioneer in the use of remote sensing in glaciology, and the leader of investigations of tidewater glacier dynamics in Alaska. In addition to his work on glaciers, Meier was also an international leader in hydrology and the role of glaciers in sea level rise. Among his many awards and honors. Meier was made an honorary member of the the recipient of the International Glaciological Society in 1985 and awarded the Society’s Seligman Crystal in 1985. He was the recipient of the American Geophysical Union’s Horton Medal, the international prize in hydrology of the International Association of Hydrological Sciences/World Meteorological Organization/UNESCO, the Distinguished Service Award of the U.S. Department of the Interior and three medals from the USSR Academy of Sciences. An Emeritus Professor at the University of Colorado at the time of his death, Prof. Meier was still scientifically active, publishing papers and a frequent advisor on glaciers and sea level rise. He is survived by his wife, Barbara, three children, and seven grandchildren. A full obituary will be published in a forthcoming issue of ICE.