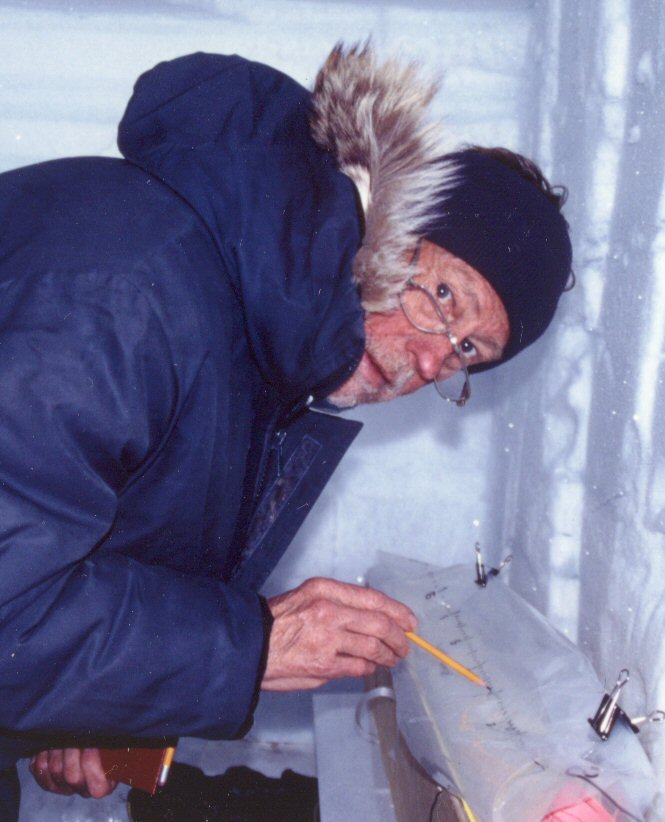 Roy (Fritz) Koerner, 75, died May 26 only three and one half weeks after returning from his last field season to the Canadian High Arctic. He continued his pioneering work of monitoring the ice caps until the very last. Fritz was an outstanding field scientist and looked on everything he undertook with a sense of adventure and fun. His glacier mass balance studies spanning the years 1961 to 2008 became the standard reference for the Canadian Arctic and helped provide proof of global warming.

Fritz was the team scientist on Wally Herbert’s four man British Trans-Arctic Expedition and along with Wally, Allan Gill and Ken Hedges made the epic dog sledge trip from Point Barrow, Alaska to Svalbard. The Duke of Edinburgh was their patron. They left in January 1968 for this 476-day trek. They reached the Pole and over-wintered, supported by airdrops from the RCAF. Fritz’s early careful and consistent measurements of ice movement and thickness are quoted still by those who study the sea ice of the Arctic today. 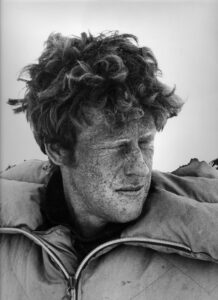 Fritz was a boy during World War II and was evacuated from his home in Portsmouth where his father worked in the naval dockyard. He attributed his educational start and subsequent career in science to the opportunities that were opened up after the War by the new Labour Government. He used his scholarship well and received his BA from the University of Sheffield in 1954. After a brief foray into teaching he signed up with the FIDS (Falkland Islands Dependencies Survey), precursor to the British Antarctic Survey. He worked for FIDS from 1957 to 1960 as the meteorologist at Hope Bay, Antarctica. He picked up his love of glaciology and dog sledging in these years and met his future friend and colleague Wally Herbert. He came home to Britain to receive the Polar Medal and the naming of an Antarctic mountain after him, “Koerner Rock”.

Fritz’s long affair with the Canadian Arctic started in the period 1961 to 1962 while he was the glaciologist with the Arctic Institute of North America’s over-wintering expedition to study the Devon Island Ice Cap. His long and continuous mass balance study started then. His early Devon work led to his PhD from London School of Economics after which he was briefly a research associate with Ohio State University’s Institute of Polar Studies. He spent a field season in East Antarctica at the “Pole of Inaccessibility” working on measuring snow accumulation and stratigraphy at that remote site. This work earned him a United States Antarctic Service Medal.

Fritz settled in Canada in 1969 with his Polish wife Anna (nee Kowalczyk). They lived near Ottawa, where he took up a job with the “Polar Continental Shelf Project”, a research and logistics arm of the Canadian Government. He and his colleague Stan Paterson began that organization’s glaciology group. Fritz eventually took over the group, which became part of the Geological Survey of Canada. He continued his mass balance study of the Devon Ice Cap and added other sites on Meighen Island, Ellesmere Island and Melville Island, thus spanning all the climate regions of the Queen Elizabeth Islands. His approach to polar science was direct, critical and focused on the essentials, like starting and running the mass balance monitoring project. The group obtained an ice coring drill in the late 1960s and began the systematic coring of the major ice caps in Arctic Canada and, along with his colleagues and students, Fritz defined the climate history of Canada’s Arctic and related it to that of Greenland. Fritz focused on the use of summer melt features in the ice cores as an unequivocal means of assessing detailed summer temperatures as far back as 11 thousand years ago. He showed that the warmest time since the end of the last Ice Age was between 8 and 11 thousand years ago and that the long cooling trend since then has been dramatically reversed in the last century, during which ice melt rates were shown to have increased dramatically. 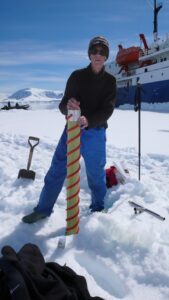 The recent climate change debate has leaned heavily on his melt layer records from the Arctic, and Fritz was an active participant in the early rounds of the Intergovernmental Panel on Climate Change (IPCC). In the 1980s Fritz and his colleagues were the first to use cores to measure in detail the history of acid pollution in the Arctic. He also gave guidance to the planning of the first systematic airborne laser altimeter measurements of the major glaciers and ice caps of the Canadian Arctic. Fritz’s science was highly respected and seminal (over 70 papers and book chapters). His colleagues benefited greatly from his direct but always fair criticism, and his sharp wit; as did numerous graduate students from all over the World who utilised his hard earned data and solicited his comments and advice. Never did he ask for anything in return but an acknowledgment. He was working on a popular book about glaciers and climate when he died, and he continued to monitor mass balance and pollution trends right through his last field season.

Fritz’s life and work were ever intertwined; his colleagues were his friends and he took his wife and children with him to the Arctic. In his retirement Fritz devoted more time to education and outreach, travelling many times as a lecturer with “Students On Ice” tours to both polar regions. He had a natural affinity for young people who found his energy and iconoclastic style compelling. The Inuit youngsters of the High Arctic also responded well to him and he gave annual spring study tours to students of the school in Grise Fiord, taking them up to their local ice cap that he specially instrumented with a weather station. He thought that the Inuit would need to understand and see the changes that were sweeping over them because of climate.

Fritz lost his wife Anna in 1989 but remained close to his children, son Justin and daughters Eva, Davina and Kristina. They were with him when he slipped away. He was a charming and generous man. He was also intensely competitive and athletic; an outstanding distance runner all his life and a good cross-country skier. It was typical of him that he insisted on going on his last field trip even though he knew his strength was fading. His love of the polar regions and science resulted in a large body of what is now invaluable information about how our climate has been changing. He often retorted that the work he started so long ago would probably not pass today’s over-planning and outcome-oriented management frameworks. Lucky for us all, his insight and initiative were enough back then. With his passing, many of us in the field sense an era is closing. That said, Fritz’s pioneering and long-standing work on monitoring and assessing glacier mass balances in the Canadian Arctic Islands is destined to be continued by his colleagues who will do so armed with all they have learned from him, and his guiding spirit.

Written by his friends and colleagues