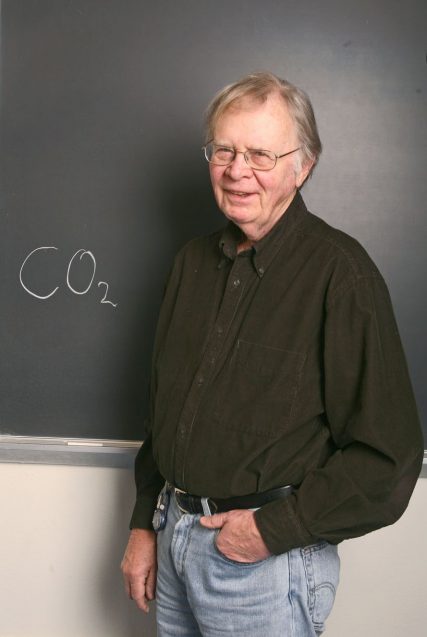 Wallace S. “Wally” Broecker died on Monday February 18, 2019 in Manhattan, New York. He was 87. Broecker was a leading climate scientist who coined the terms “Global Warming,” “Abrupt Climate Change,” and commented on the “unplanned, man-made climate experiment.” He received his PhD from Columbia University in 1958 and joined the faculty there the next year. Broecker spent much of his career laying fundamental groundwork in paleoclimatology, chemical oceanography, and the carbon cycle. He realized that the ocean circulated in what we now term the “global conveyor belt.”

Broecker had a large impact on the cryospheric sciences, despite not being a glaciologist. Much of his career was spent understanding the last ice age. He helped launch the first study of sea level rise from coral reefs, that we now understand to record the collapse of the Pleistocene ice sheets. When ice rafted debris was discovered in North Atlantic sediment cores, he convened workshops and encouraged glaciologists and glacial geologists to be directly involved in understanding their cause and timing. These well known Heinrich Events are now considered an example of abrupt climate change. In addition, he wrote the summary, “The Glacial World according to Wally” as a reference for many students and colleagues.

Sean Solomon, Director of Lamont-Doherty Earth Observatory, upon announcing the news commented, “One of the last of the giants of our field no longer walks among us.”

For a detailed obituary please the Lamont-Doherty Earth Observatory website.