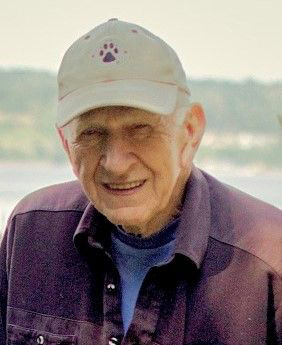 Wendell Verner Tangborn passed away on 3 October 2020. He was 93. The cause of death was congestive heart failure. He died peacefully at Mirabella Retirement Community, in Seattle, Washington, USA, where he lived with his wife Andrea Lewis.

Born in Sioux City, Iowa, USA, Wendell grew up with four brothers and one sister on a farm near Bemidji, Minnesota. After serving in the US Army, he graduated from the University of Minnesota with a BS degree in geological engineering. Wendell became a glaciologist with the US Geological Survey (USGS, 1960–79), where he played an important role in the development of modern glaciology. Subsequently, in 1983, he formed his own company, Hymet, Inc., for the purpose of predicting stream runoff using weather-station data from catchment areas and modeling methods without physically going into the field to measure snow depth. His discharge simulations of the Columbia River, the fourth largest river by volume in North America, carried out by him individually using only his personal computer, compared favorably with the simulations of the National Weather Service Advanced Hydrologic Prediction Service.

Later, Wendell realized he could convert his river discharge model to a glacier mass balance model, calling it the precipitation-temperature-area-altitude (PTAA) mass balance model. It uses only meteorological data from low-altitude and relatively distant weather stations to define the regional climate, plus glacier topographic data obtained from maps, and does not require field measurements. 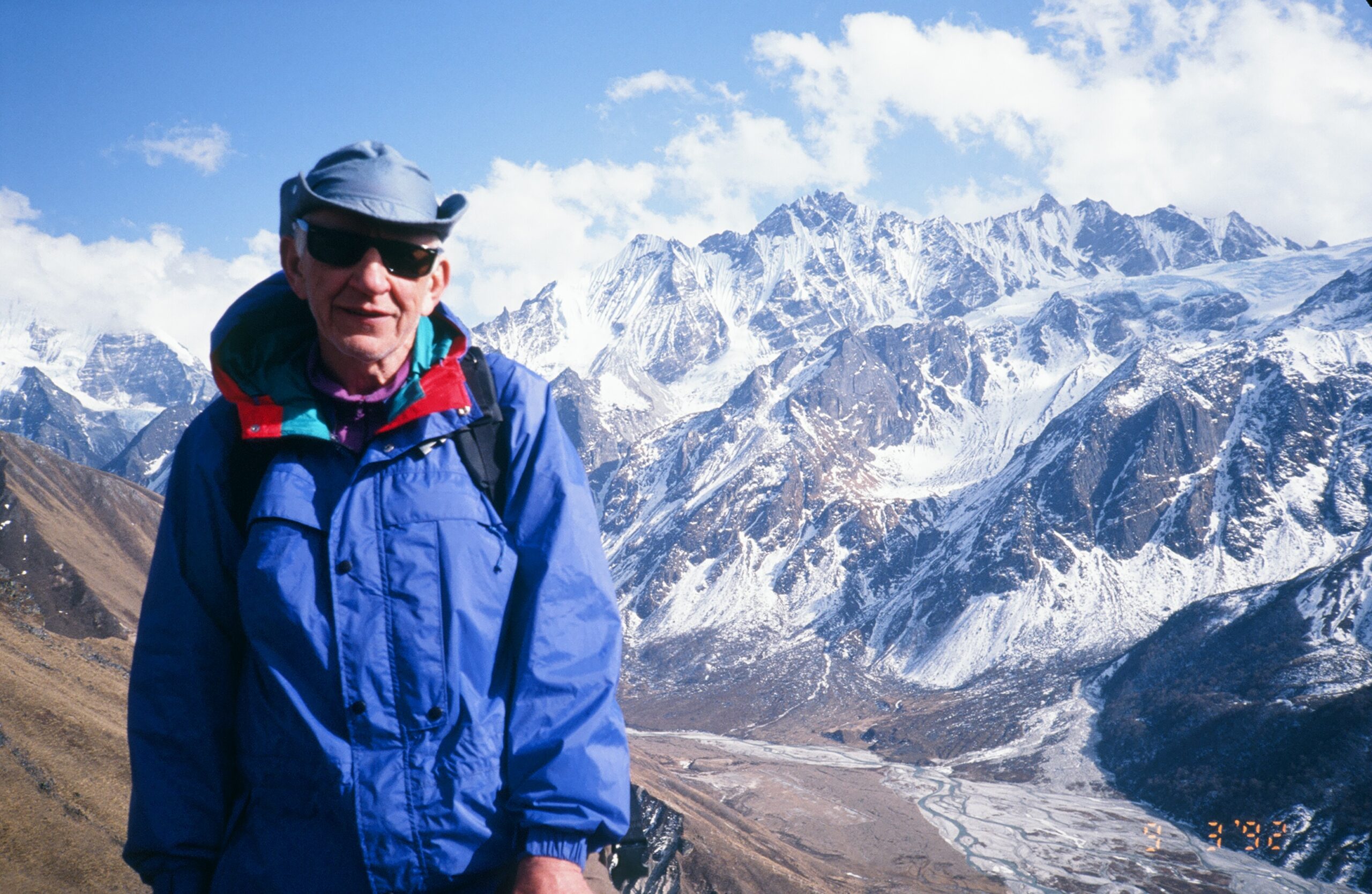 Wendell hiking in the Himalaya

Wendell once said it was one of the luckiest days of his life when Dr Mark F. Meier offered him a position at the USGS Glaciology Project Office, then located in Tacoma, Washington. Mark needed a hydrologist to help fulfill the mission of the new research office that included understanding the effect of glaciers on water runoff. Wendell was working as a hydrologist with the USGS at the time, gauging streams in Minnesota. The position Mark was offering also required someone who could, in addition to the rigors of glacier work, endure the strenuous brush-crashing needed to get to and from South Cascade Glacier for mass balance measurements (travel by aircraft support came later). A 9-mile trail was later constructed single-handedly by Austin Post, who had worked on trail crews in the region prior to his hire by Mark Meier. Wendell, with his expertise, long legs and strength, was a natural.

In 1960, Wendell relocated to the mountainous west, never having walked on, and probably never having seen, a glacier. The new study site, South Cascade Glacier (as noted above), is located northeast of Seattle in the North Cascade Mountains of Washington. It is called South Cascade because it is the headwaters of the South Fork of the Cascade River. Wendell helped implement a mass balance program on that glacier, which has since become the longest continuous mass balance data-set in the Western Hemisphere. Early during that effort, he and Mark published a seminal paper in the Journal of Glaciology (Meier and Tangborn, 1965) linking mass balance with glacier dynamics, as well as establishing the geophysical basis of mass balance measurements. The paper is unusual in its clarity of text and figures and should be included in every graduate class in glaciology. Partly because of this work, in 1967 Wendell was part of a Norwegian exchange program during which he spent 6 months working with Dr Gunnar Østrem and his group comparing mass balance and stream-gauging methods. This experience profoundly affected Wendell’s professional life. He and Gunnar became life-long friends (which frequently involved sampling ice cream). 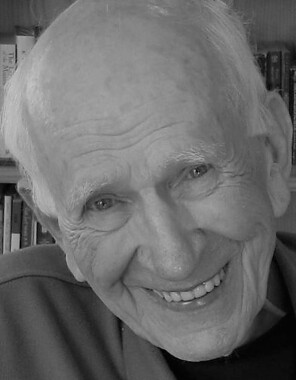 Like many in the field sciences, Wendell had his share of mishaps and successes, near misses and achievements. He liked to tell amusing stories about his experiences, such as carrying Mark Meier on his back across a glacial stream to short-cut the distance back to the hut, or how, on his way out of the hut, he could easily reach the supply of candy bars on the upper shelf while Mark, in frustration, had to get a chair. After those early years the Tacoma research office grew to include such notables as Bill Campbell, Bob Krimmel, Steven Hodge, Austin Post and Al Rasmussen.

Wendell also co-authored, among many other papers, a seminal paper that examined the hydrological budget of South Cascade Glacier (Tangborn and others, 1975). By measuring precipitation and snowmelt in the basin, the mass balance of the glacier, and the glacial runoff, he showed that the glacier stored significant volumes of water not only for weeks but perhaps for months. This was one of the few papers to quantify the hydrologic balance of a temperate glacier. Ahead of its time, it preceded by years our general understanding of increased winter and spring water storage within temperate glaciers. The intent of the paper, however, was to compare three different and commonly used methods of estimating glacier mass balance (the glaciological, hydrological and geodetic methods). As a result of the water storage processes discovered by Wendell, this paper helped discourage use of the hydrological method for estimating mass balances.

Wendell became interested in modeling snowmelt as part of estimating glacier mass balances, and soon realized the practical importance of his work for predicting runoff from snow-covered basins, which are major water sources in the western United States and Canada. In 1979, Wendell left the USGS to pursue his modeling interests, then formed his own company, Hymet, Inc. His clients included BC Hydro in Canada, Puget Sound Energy near Seattle, and the Salt River Project near Phoenix, Arizona.

Wendell also maintained his interest in glaciers, however. He had a talent for asking interesting (and solvable) questions about mass balance and hydrology. His precipitation–temperature–area–altitude (PTAA) model is based on the physically reasonable assumption that a glacier’s mass balance variables are correlated. Thus, although the number of coefficients to be solved for is significantly larger than the number of constraining equations, their values can be estimated by starting with an initial set of guesses then maximizing the correlation among them. This Wendell accomplished by using a simplex optimization technique (from Press et al., 1986). He then applied his PTAA model to a number of glaciers in the the western USA, the European Alps and the Nepal Himalaya, and showed that it yielded good results relative to time series (the longer the better) of field-measured mass balances. On the well-measured South Cascade Glacier, he found that ‘the agreement between annual balances for individual years was fair. For long‐term volume changes measured by the geodetic method, agreement was excellent.’ (Tangborn, 1999) 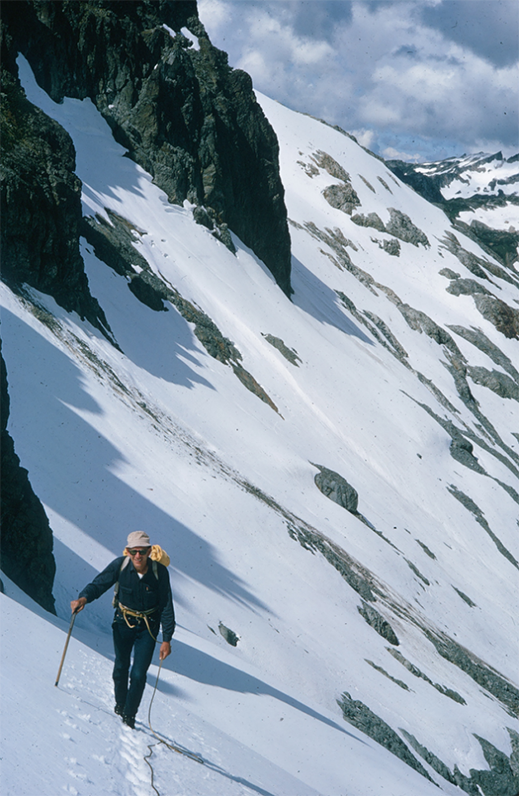 Wendell hikihg on the side slopes of the South Cascade Glacier

Throughout his life, Wendell remained close to his Minnesota roots. He wrote several detailed memoirs about his early years there, and loved Prairie Home Companion (1974–2016), a nationally famous radio show set in a fictional small town in Minnesota. He claimed to know real-life versions of all the characters portrayed. Gentle and self-effacing, he continually advocated for policies to ameliorate the adverse human drivers of climate warming. He was particularly proud of his published children’s book on glaciers. His contributions to glaciology, his gentle soul and his warm smile will long be remembered.

Wendell V. Tangborn was preceded in death by his eldest son John and is survived by his wife, Andrea Lewis, his sons Andrew and Eric, and his daughter Inger. He leaves behind two adopted families from Nepal with whom he had close relationships: the Birbal Rana family and the Moti Thapa family, both of Vashon Island, Washington, USA, where Wendell and Andrea lived for many years.