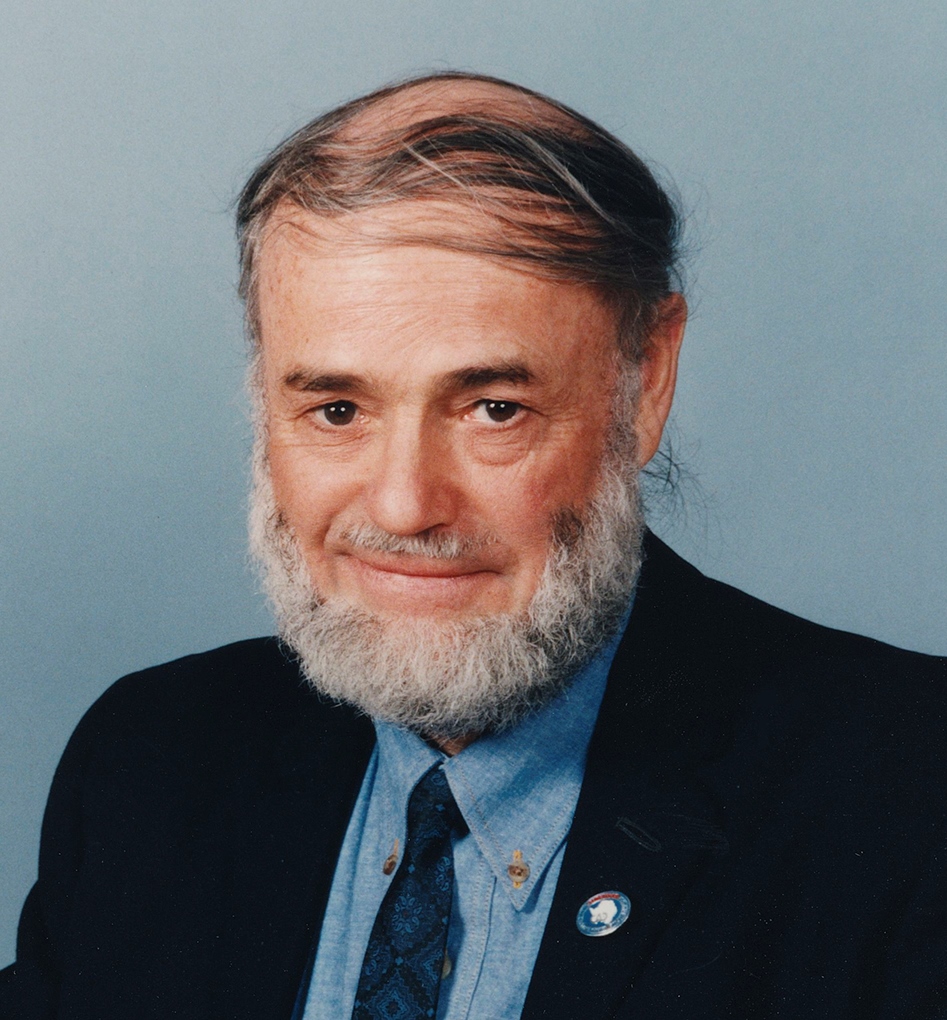 It is with great sadness that we inform you that William (Bill) Francis Budd died peacefully on 23 January 2022. Bill joined the IGS in 1962, served in the IGS Council and was Chair of the Awards Committee for several years. He was awarded the Seligman Crystal in 1996.
Bill dedicated his life to science and developed scientific modelling used to study the interaction of ice sheets and climate. His models have been extensively used in international assessments of climate change and Antarctica’s response to future global warming.

Bill Budd was born at Mt. Hope, a small sheep-grazing town, in the Riverina District of New South Wales, Australia. He obtained a B.Sc. in Applied Mathematics from Sydney University and then completed a Diploma of Education. He taught secondary school mathematics in NSW for only one year before joining the Australian government’s Antarctic Division as an expedition glaciologist in 1960.

Bill overwintered at the Australian Antarctic station Wilkes in 1961. He spent several months up to 100 km inland on the local ice cap, Law Dome, undertaking glaciological, geophysical and meteorological observations. The results of this program were written up, under guidance from Fritz Loewe and Uwe Radok, and presented for an M.Sc. which was awarded in 1965. In 1964 he spent a second year in the Antarctic at Mawson station, from where he undertook field surveys of the Amery Ice Shelf. He combined the results from both Law Dome and the Amery Ice Shelf, with his intuitive knack of developing ideas and for translating physical observations into mathematical theories, into his 1969 Ph.D. thesis, “The Dynamics of Ice Masses”. When published, this was widely recognized and used as an advanced-glaciology text and translated into several languages, including Russian. Bill produced theories and experimental confirmation of the large-scale behaviour of ice and, with Uwe Radok, Dick Jenssen and others, developed some of the first numerical models of ice sheets and of glaciers. A significant outcome of the modelling was the monograph “Derived Physical Characteristics of the Antarctic Ice Sheet”. This was later followed by a companion Greenland Ice Sheet version.

In 1970 the Antarctic Division established a Glaciology Section, co-located within the Meteorology Department at the University of Melbourne, and led by Bill Budd. Over the next decade Bill developed the Australian glaciology program from what had been essentially a two- or three-person program into a team of fifteen or more scientists and technicians. Bill introduced and led studies of ice sheet mass budget, ice rheology, ice sheet thermodynamics, iceberg distribution and drift, surging glaciers, drifting snow, sea ice-climate interactions and much more. He initiated Australian ice core drilling (initially for study of ice dynamics and later for palaeo-climate research), radio echo sounding of ice thickness and satellite remote sensing of ice. Much of what Bill Budd initiated more than 50 years ago remains core to the present-day Australian glaciological research program.

In the mid-1970s, Bill added atmospheric general-circulation models for climate and climate/ice sheet response studies to his repertoire. In 1979, the University of Melbourne established a new Chair of Meteorology. Bill resigned from Antarctic Division and became the first Professor of Meteorology at Melbourne, while retaining his strong links with the glaciology program. His research through the 1980s included modelling of ice sheet changes through ice ages, simulations of the response of the present Antarctic Ice Sheet to climate change, and general circulation modelling of future warming. His models of the interaction of ice sheets and climate have been extensively used in international assessments of climate change and Antarctica’s response to future global warming.

When the Antarctic Cooperative Research Centre was established in 1992, Bill moved from Melbourne to Hobart as the Professor of Meteorology, Leader of the Polar Atmosphere Program and to continue his active collaboration with the Antarctic Division glaciology group which also transferred to Hobart (and expanded further with new CRC employees). There he continued his work on ice-sheet and sea-ice modelling and ice/ocean/atmosphere coupled modelling. Bill’s retirement from formal employment in the mid-2000s certainly did not end his scientific input or mentoring of post-graduate students and early career scientists.

Bill Budd’s international reputation for the development of ice sheet and climate modelling has been widely recognised by many awards and honours. These include the Polar Medal in 1969, the Edgeworth David Medal of the Royal Society of New South Wales in 1971, the Royal Society of Victoria’s Research Medal in 1977, election as a Fellow of the Australian Academy of Science in 1993, and the Seligman Crystal, the highest scientific recognition of the International Glaciological Society, in 1996.

Professor Bill Budd dedicated his life to scientific progress and to the development of the next generation of scientists. He was generous, supportive and kind to more than 50 postgraduate students and the many early career researchers that he mentored. Bill had a knack of contributing to the development of scientific interpretations in a very subtle way. He would take great interest in emerging and young scientists by listening to their ‘new’ theories, observations or plans for future field work. His mentoring often led to scientists seeing the problem and the solutions from an entirely new angle. This is something that underpins many of his graduate students’ careers. His wisdom and wit will be remembered by his many friends and colleagues and his legacy will continue to benefit the many research programs that he initiated, and which continue today.

Deepest condolences go to Bill’s wife, Trish, and to his family.