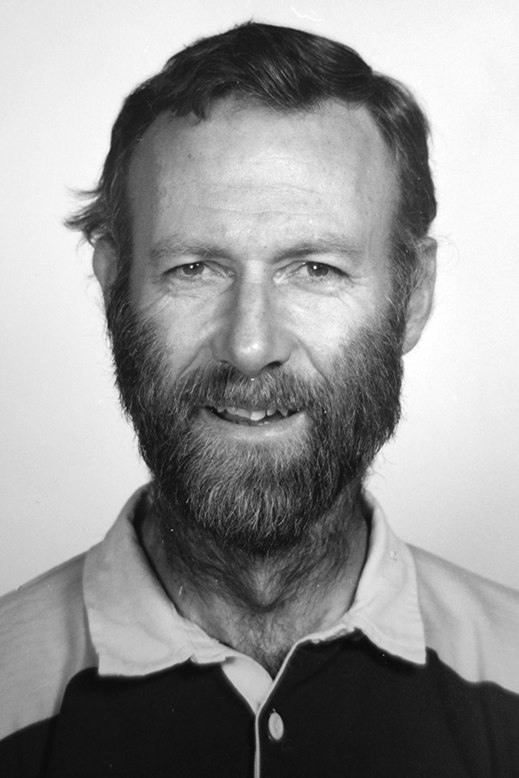 After a long illness, William (Will) Douglas Harrison passed away on 30 October 2020 in Fairbanks, Alaska, USA, where he had spent the last 48 years of his life.

Will was born in Saint John, New Brunswick, Canada, in 1936; the year of Black Rapids Glacier’s last surge, which he loved to refer to as his ‘Star of Bethlehem’. He initially chose a path that had little to do with glaciology and earned a BSc from Mount Allison University in Sackville, N.B., in 1958, and a BSc (Special) in Physics from the University of London, UK, in 1960. In 1966 he received his PhD in Nuclear Physics, working in the famous Kellogg Radiation Laboratory at Caltech in Pasadena, California, USA. This field of work did not exert a long hold on him, however: after a year as a research associate at the University of Minnesota, he returned to Caltech as a Postdoctoral Fellow in Geology. Maybe his decision to switch fields was helped by joining an expedition to the summit of Mt Logan in 1967. As part of a series of climbs organized to celebrate the Centennial of the Dominion of Canada, the team (under the leadership of the extraordinary climber Vin Hoeman) completed a first ascent of the Hub-Sew ridge and traversed the 5959 m high mountain, Canada’s tallest and perhaps the most massive mountain in the world. Will wrote a description for the American Alpine Journal (1968) in his typical witty style and dry humor.

Realizing that the study of glaciers could actually be a full time job, he became a Postdoctoral Fellow at Caltech in Geology and never looked back to nuclear physics. He applied his machine-shop skills to build borehole cameras and started working with Barclay Kamb at Blue Glacier in the Olympic Mountains of Washington, USA where he used the cameras to study the movement of ice over its base. On a fateful Friday in 1968 Will flipped a coin, Anne Katherine Sloss accepted his proposal and they got married the following Monday, a day before Will left for Athabasca Glacier. In 1970 they moved to Seattle, Washington, where he joined his life-long friend and collaborator Charlie Raymond at the University of Washington to continue their studies of Blue Glacier and Athabasca Glacier. 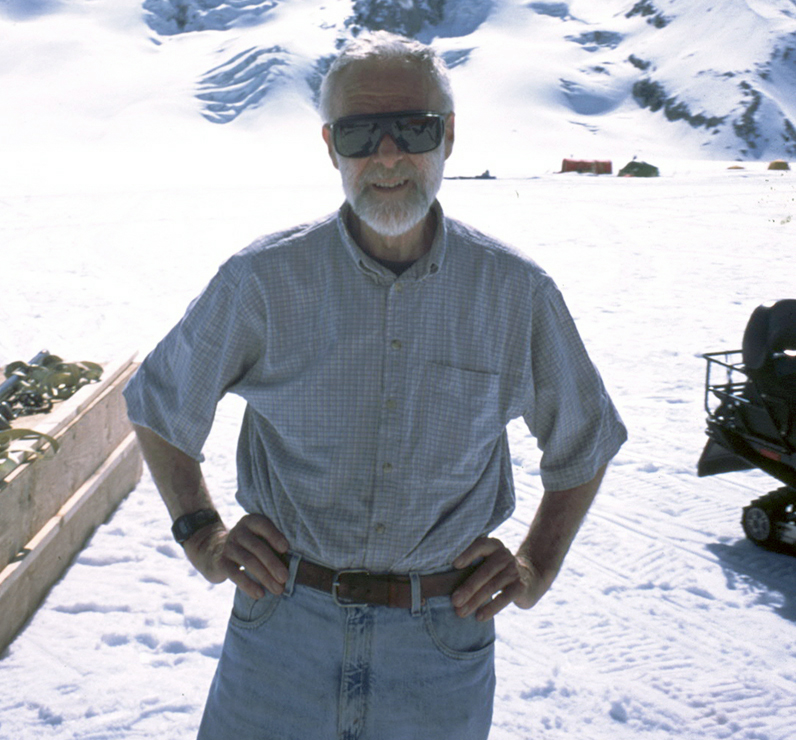 In the middle of a cold 1972 winter, Will and his wife Anne drove to Fairbanks, Alaska, where Will joined the University of Alaska and the Geophysical Institute as a faculty member in the Physics Department. The cold and dark winter did not deter them and they made Fairbanks and Alaska their home, where they raised their two sons. They did eventually upgrade from a dry cabin to their home at Rosie Creek, which Anne purchased while Will was in the field. The house became a welcoming place for many visitors over the years, who remember it as a warm and homey residence.

Will participated in a research project that was under way on the McCall Glacier in the Brooks Range, but he soon became fascinated with glacier surges. Together with Charlie Raymond he started looking for a suitable target glacier that could be monitored in a comprehensive fashion and where one could reasonably expect a surge to occur within the time frame of a decade or so. Thus the Variegated Glacier project was born, which, to this day, stands as the foundational work on surging. Many budding and already established glaciologists joined Will and Charlie over the many years of this project, including Barclay Kamb, their former mentor at Caltech. Will’s frugality in the field and ability to make do with minimal resources, perhaps a product of his Canadian maritime roots, became the stuff of legend. Will used to explain to his graduate students how to hang tea bags up in the tent, so they could dry out and be reused.

His interest in surging glaciers also extended to those in the Alaska Range, with investigations of the surge of the West Fork Glacier. He developed and made extensive use of time-lapse cameras, which were triggered by the alarm signal from a digital watch and could be serviced with nothing but a Swiss Army knife. Among all those glaciers, Black Rapids Glacier held a special place in Will’s heart. From his borehole camera work he was already suspicious of the view of glaciers flowing over clean bedrock, and he decided that Black Rapids Glacier was the place to investigate this closer. He used boreholes to access the glacier bed and sample and instrument a thick layer of underlying till.

In the 1980s, Alaska became interested in big hydroelectric projects, such as building a dam on the glacier-fed Susitna River. Will had to remind the engineers that glaciers were part of the hydrological basin and that they fundamentally affect the hydrology, particularly the many surge-type glaciers of the area. He and Carl Benson convened an international workshop with many participants from countries with experience in hydroelectricity from glacier-fed river basins. Engineers and planners from the USA with no such experience formed the target audience.

During these years, a younger Keith Echelmeyer joined Carl Benson and Will, and UAF became a powerhouse of glaciology. Will and Keith were a very successful team that accomplished some of the foundational work on the fast flow of Jakobshavn Isbræ (where they also collaborated with Almut Iken of ETH Zurich) and the role of margins in controlling the flow of the Siple Coast ice streams, in particular Ice Stream B (now Whillans Ice Stream). Will’s work was recognized by the naming of the Harrison Ice Ridge. But he probably took more pride in the naming of the Will’s Ear survey monument on Black Rapids Glacier, which commemorate his pouring cement into his ear through a small hole in a bag he carried up the mountain to establish the monument. 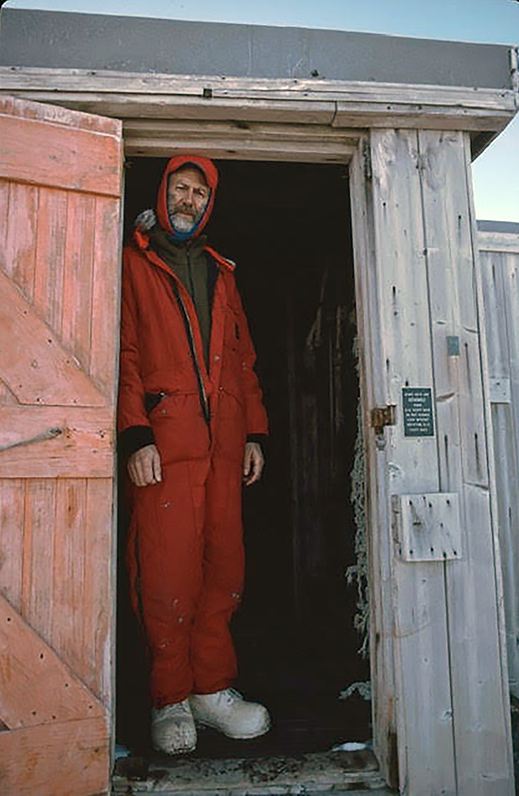 In the early 1990s Keith and Will’s team developed a lightweight laser profiler that led to the first comprehensive mass loss measurements of Alaskan glaciers. In a landmark paper by graduate student Anthony Arendt, they clearly demonstrated that Alaska and neighboring Canada were major contributors to global sea-level rise.

Will’s interests were far-ranging and included work on subsea permafrost off Alaska’s north coast. This was a somewhat obscure topic at the time, but was well suited to his interests in drilling and precise temperature measurements. The topic is currently seeing a revival with interest in offshore oil drilling in the Arctic.

In 1998 Will retired and became Professor Emeritus. He greatly reduced field work but remained active in research. He became increasingly interested in what he called macroscopic glacier theory and in how to properly interpret glacier mass balance and relate it to climate change. This resulted in the concept of a ‘reference surface balance’, which was the first clear description of which part of glacier change is due to warming climate versus adjusting geometry. In 2000, the American Geophysical Union recognized his work by awarding him the title of Fellow of the AGU. 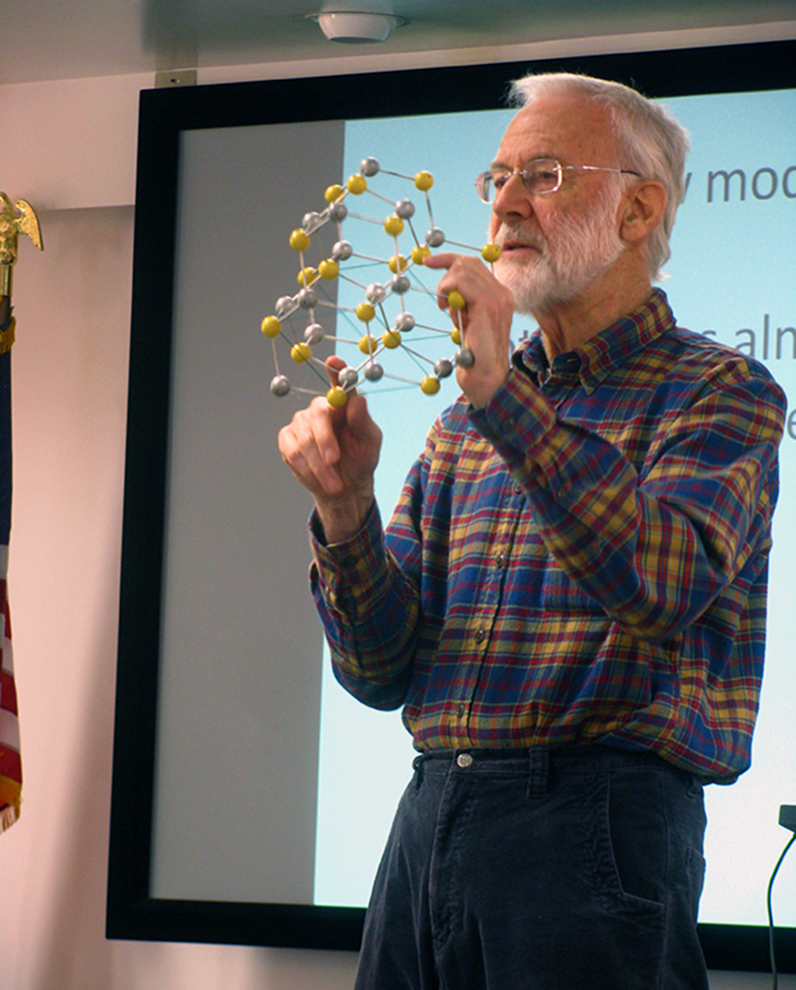 From 1998 to 2004, together with Matthew Sturm, Will was Chief Editor of the Journal of Glaciology. He had always believed in rigorous and clear writing and his graduate students and co-authors had to suffer many drafts before something was cleared for publication. But he was equally hard on himself: Once, after a journal had already accepted his article, he rewrote it in its entirety, because he believed the reviewers hadn’t been sufficiently careful!

Will was a very hard worker, both in the field and in the office. But he was also an immensely generous person. His wife Anne and he invited visitors and ‘lost souls’ into their home at Rosie Creek, where they fed many hungry graduate students and where there seemed to be endless entertainment from a variety of pets. He loved talking about history, in particular naval and sailing history. Growing up he had spent a lot of time with his brothers, Evans and Richard, on the waters of the Bay of Fundy. His native land kept a lifelong hold on him. He retained his Canadian citizenship and he and Anne visited their cottage on the Saint John River almost every summer.

Will relished the forest in his neighborhood and the mighty Tanana River, a great place for walks and snow machine rides in the winter. Many in the Geophysical Institute will miss the annual spring ritual of the appearance of a ‘lady’s slipper’ orchid on their desks that he had collected in his neighborhood. We miss him very much.