The IGS has awarded the Society’s Richardson Medal to John Glen. Appropriately John received the medal at the 2013 IGS British Branch meeting in Loughborough as John was instrumental in founding the British Branch back in 1974 and 2013 marks the 60th anniversary of his original appointment to the Advisory Committee of the Journal of Glaciology.

John Glen’s contribution to the field of Glaciology, and to the International Glaciological Society has been outstanding, has earned international recognition, and has continued over a period of about 65 years. John has served either as the Journal of Glaciology Chief Editor or as a member of the Editorial Board for a period, this year, of 60 years.

Glen’s pioneering work in the field of ice physics is well known. He was the first in modern glaciology to carry out laboratory ice deformation experiments, resulting in several published papers (Glen, 1952, 1953, 1955, 1958), which established the power law form of the flow relation for ice. These papers, particularly Glen (1955) have possibly been cited more than any other paper in the glaciological literature, and Glen’s flow law is perhaps the best known and most fundamental law in our collective repertoire. Within the ice physics community, Glen’s relations for secondary flow rates for isotropic ice have been and continue to this day to be used as the standards against which further studies of the flow of natural ice masses have been compared.

As an ice physicist, John has been involved with the organization of several symposia on this topic. In particular he was instrumental in establishing (in 1962) and, over a period of 40 years, leading the series of symposia on ‘The Physics and Chemistry of Ice’. The 11th in that series of meetings specially honoured John for his long-term contribution.

‘A lot of the work was of course done by correspondence and I was in almost daily contact with Gerald while an issue was being prepared. By 1955 the difference between the work I was doing and that being done by other members of the Advisory Board was recognized by my being listed as Assistant Editor, and in 1959 Ray Adie was added to the Advisory Committee, joining me as an Assistant Editor a year later. In 1961 Gerald Seligman, John Glen, Ray Adie and Doris Johnson are listed as “Editors” and the old “Editorial Advisory Board” was dropped.’

Remarkably, to this day, John continues as a member of the Editorial Board. He has, since departing as Chief Editor, continued to look after the reviewing and editing of his full share of papers, and has remained a valuable resource to each of the Chief Editors who has served since his time in the position.

John Glen is a very highly recognized scientist, having been awarded the Seligman Crystal in 1972. And he is among the few honorary members of the IGS. There is not a student of glaciology who is not familiar with the universally recognized foundation of our science that goes by the name of ‘Glen’s law’. While these scientific achievements are extraordinary, they are not the reason behind this award. It is in recognition of the Society’s respect for John Glen, the accomplished physicist and glaciologist, and focuses on the man as a powerful facilitator of progress through his service to the community.

A concrete result of John’s continuous effort in the service of others as an editor, is the fact that the Journal is now the longest living and most effective repository of glaciological knowledge in the world. Perhaps equally attributable to the stature and prestige of the Journal that John Glen worked so hard to establish is that the glaciological community has grown in size, grown in effectiveness, and has lived up to expectations by assuming an ever more important role in informing humankind about the strengths and vulnerabilities of the natural world.

Of his service as an editor, it is said: ‘It is perhaps not only those closely associated with him … who appreciate and value his freely given advice; he is encouraging and constructively critical to the young glaciologist attempting to publish his first paper, but at the same time, he is doubly critical of the established glaciologist who submits for publication a paper which is imprecise and in which he does not argue his case rigorously’ (from ICE). The sentiments expressed in this quotation were repeated in various correspondence received regarding the nomination for this award: ‘[John has been] Inspirational across the spectrum of glaciological endeavours, whatever the seniority of the practitioners’.

But John is much more than an editor of great distinction and accomplishment. He is also an engaging teacher, both professionally and informally as an accessible, engaging man of intelligence and humour. Possibly among the most significant and easily visible contributions to the glaciological community in recent time is John’s long-standing participation in the meetings of the British Branch of the IGS, where he has been an interested audience member for oral and poster presentations alike. John’s service to the British Branch has been informally recognized by the fact that his name is given to the award for the most clear and effective oral and poster presentations made by students.

And so, in recognition of 60 years of service as an Editor of the Journal of Glaciology, of continuous participation in meetings of the IGS and especially of the British Branch Meetings, and of a lifetime of personal engagement with the people who conduct glaciological research, so as to improve both the quality of their science and the effectiveness of their communication, and for his contribution to other related forums, e.g. the organization of symposia on ‘The Physics and Chemistry of Ice’ and ‘European Science Editing’, the Society awards the Richardson Medal to John W. Glen. 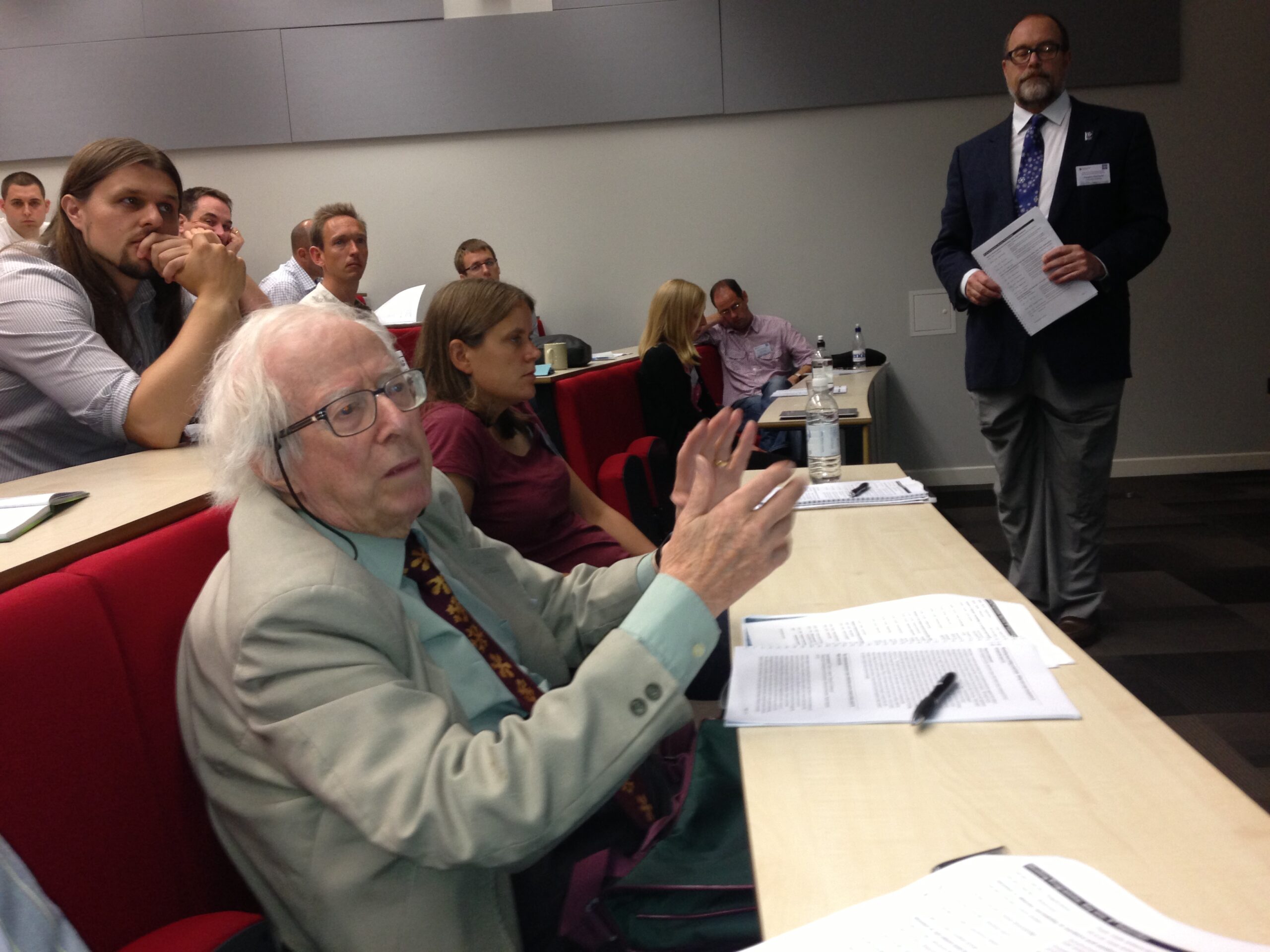