The IGS has awarded the Society’s Richardson Medal to Trevor Chinn.

The IGS awards the Richardson Medal to Trevor Chinn, D. Sc., for a lifetime of service to New Zealand’s glaciological science and for sustained contributions to research of snow and ice in New Zealand and Antarctica. Trevor is an original, intuitive scientist who leaves a lasting, positive impression on everyone who meets him. He is widely renowned for being the “stalwart of NZ glaciology” for 50 years who initiated and maintained close study of the mass balance of NZ’s many glaciers. These data, as well as his early glacier inventory for New Zealand, continue to be a resource for international researchers investigating the global-scale response of mountain glaciers to climate change. His research into NZ snow line elevation has led to a rich observational record that enriches NZ’s understanding of its environment, particularly given its reliance on Alpine snow and glacier ice for hydroelectric resources. Trevor Chinn is “New Zealand’s national treasure” when it comes to glaciology. He was its premier care-taker in the early days, and is an energetic inspiration to the many youthful New Zealand glaciologists who are entering the community today. We honour Trevor Chinn for his enduring service to the practice and understanding of New Zealand glaciology and its community. 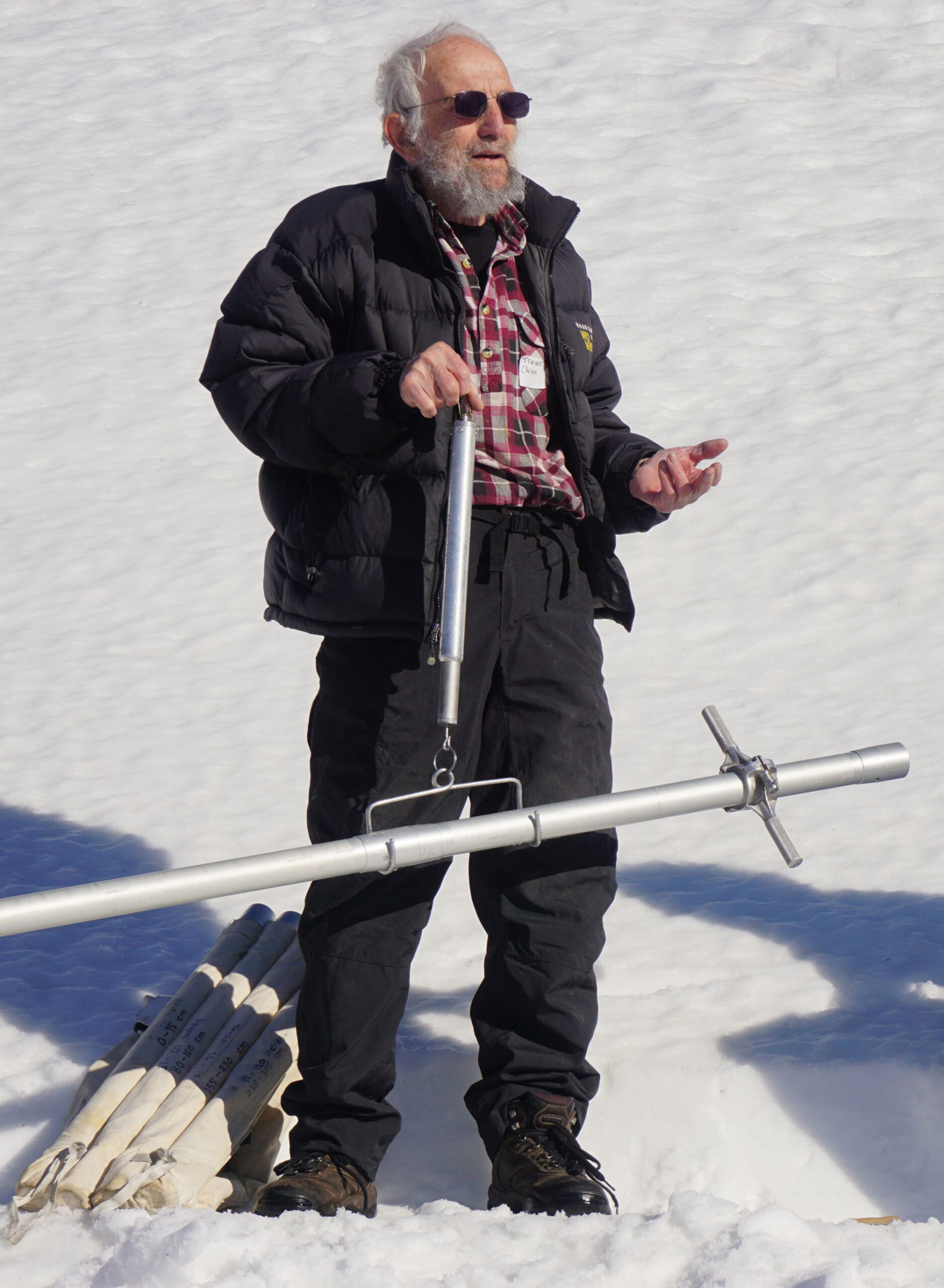