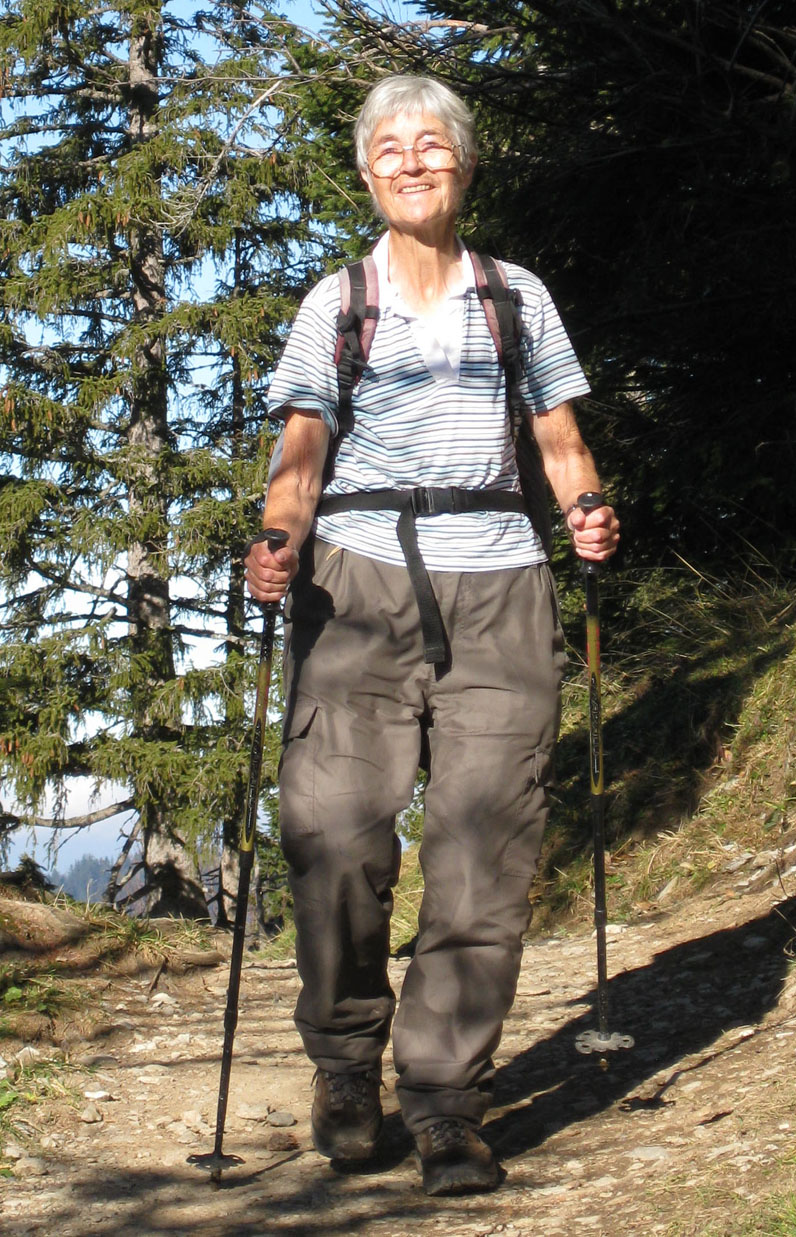 Almut was born on 1 October, 1933 in Bremen. Shortly afterwards her family moved to Leipzig where her father operated a book store. In 1945 with the approach of the Red Army, the family fled empty handed back to Bremen. In the following years the family struggled financially. To Almut’s good fortune her high school director and teacher Dr. Hermine Ruschmann recognized Almut’s talent for physics and mathematics and paid her school costs enabling her to complete high school. Happy years followed where together with a classmate she prepared the laboratory exercises for her school mates in chemistry and physics. 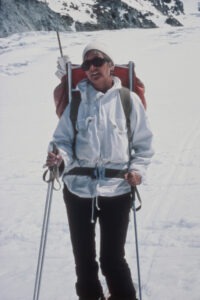 After eight years teaching mathematics and physics at a gymnasium in Bremerhaven, in 1967 she joined Fritz Müller’s group of Arctic research at McGill University in Montreal as a Ph.D. student. Her first assignment at the High Latitude Research Station on Axel Heiberg Island was a short-term observation of the glacier movement on White Glacier. Fritz Müller had an intuitive feeling that melt water could reach to the depth of a high arctic glacier, which at that time was believed to be frozen to the underlying ground. Almut carried out 3 hour interval observation of the surface movement with two stakes put on the middle ablation area of White Glacier for two consecutive weeks in August of 1967. The result astounded everybody, and especially Almut, because the movement showed a clear diurnal fluctuation, indicating that the glacier might be affected by the melt water that reached the glacier bottom. This revelation undoubtedly led her to the subject of glacier sliding and the role of water in glaciers for many years to come. Almut followed Fritz Müller to ETH Zurich in 1970 and in early 1973 Almut received her Ph. D. under his supervision at ETH.

In 1972 Almut worked as a research scientist in the Glaciology Section of the Laboratory of Hydraulics, Hydrology and Glaciology (VAW) at ETH Zurich until her retirement in 1995. At VAW she continued her work on the effects of water in glaciers, first on Swiss glaciers and later she participated in and guided many field campaigns in Switzerland, Alaska and Greenland. She also pushed numerical techniques ahead and was one of the first glaciologist to use the finite element method. Following a large ice mass breaking off from an alpine glacier was a matter of card punching and running back and forth between her office and the computing centre with mesh adjustments of the breaking ice mass. She redesigned the FE-net after each time increment to understand how the ice was really breaking off. Almut, thus, pioneered an understanding of the onset of dangerous ice avalanches at an early stage of the study of the potential danger of hanging glaciers at the present and with future climate warming.

Almut succeeded in developing the theory of glacier sliding, related to water pressure and geometry at the glacier bottom. Her contributions to theory and observation techniques are today, three decades later, still in use. Her theory of glacier sliding is widely used today to simulate glacier movement from mountain glaciers, tidewater glaciers and ice sheets. For her significant contributions in the field of glaciology she was awarded the Seligman Crystal in 2011 by the International Glaciological Society.

Almut’s later years were spent modestly caring for her mother and enjoying nature walks in Bremen and in the Swiss Alps. To protect the natural environment she so loved, Almut created a trust fund,“ Dr. Almut Iken Stiftung” that after her death will support projects for nature and animal protection.

The glaciological community worldwide has profited significantly from Almut’s dedication and determination to answer fundamental questions about glaciers. Her life work has inspired many young scientists and encouraged women to follow her in the study of ice.