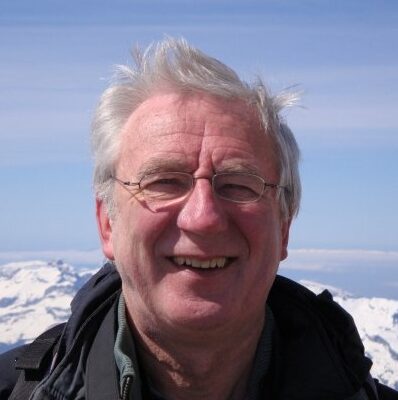 Professor David N Collins of the University of Salford has died at the age of 68.

Society members will be saddened to learn of the passing of Professor David Collins on 8th September 2016.

David was an enthusiastic member of the Society, regularly attending meetings both in the UK and overseas and hosted the IGS British Branch meeting at the University of Manchester in 1996.

David began his formal academic career after graduating from the University of Cambridge in 1974, commencing doctoral studies at the University of Nottingham and completing his thesis, entitled ‘Meltwater characteristics as indicators of the hydrology of Alpine glaciers’, in 1979.

He then took up positions at Liverpool and Manchester Universities, where he developed the ‘Alpine Glacier Project’ (AGP), an ongoing research programme centred upon the monitoring of proglacial hydrological variables at the Gornergetscher and Findelngletscher catchments, Switzerland. Engaging his students with this research programme was pivotal to its longevity during a period of almost 40 years and many generations of scientists have ‘cut their glaciological teeth’ through participation in the AGP. In 1988-89, David was visiting professor at Wilfrid Laurier University, Waterloo, Ontario, Canada.

Being a strong advocate of field research, David also worked in the Karakorum Himalaya and the Canadian Rockies, but all the while retaining his passion for maintaining the AGP in Switzerland and providing hundreds of students their first opportunity of research fieldwork. 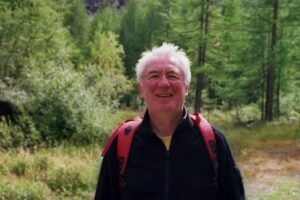 It was no surprise then that the Royal Geographical Society awarded him the Burk Medal in 1998 in recognition of “his outstanding contribution to the study of field processes in mountain environments in a long and productive research career based around sustained field measurements”.

In more recent years, David rekindled his research interests in Himalayan glaciers and was actively engaged in the analysis of long-term hydrological and climatological datasets from the region in order to investigate the influence of changing climate on glacier-fed river flow and associated water resources.

David was also an active member of the wider scientific community, being Chair of the UK National Committee for Geodesy and Geophysics and Chair of the IUGG Finance Committee.

A full obituary will follow in late October and for those IGS members who wish to pay their respects to David, a memorial ceremony will be held on Friday 20th January 2017 at the University of Salford, Peel Hall, Peel Building, M5 4WT from 12 noon. For further details please contact Dr Neil Entwistle (n.s.enwistle@salford.ac.uk).

In lieu of flowers, donations can be made to support the continuation of David’s Alpine Glacier Project: https://www.justgiving.com/crowdfunding/AlpineGlacierProject

A book of condolences has also been set up. This will be compiled over coming weeks and placed permanently in Switzerland in spring next year. Do feel free to forward your messages to Philip Porter (p.r.porter@herts.ac.uk) or Neil Entwistle for inclusion.