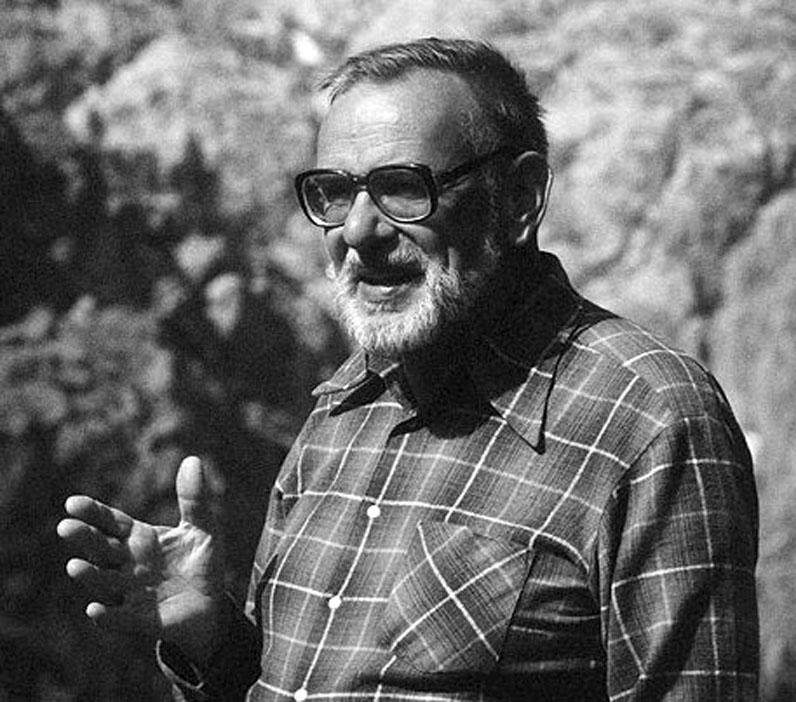 Hans Röthlisberger, former IGS president and honorary IGS member, has died at the age of 86

Hans Röthlisberger died on 10 September 2009 at his home in Uerikon, Zurich. He was born on February 1st, 1923 in Langnau, Canton Bern, Switzerland. After completing a formal education as a teacher´s training in Bern, the young Hans began studies in the earth sciences at ETH Zurich in 1943, where he earned his diploma in 1947. Hans Röthlisberger then embarked on a true academic career with a PhD on the topic of seismic investigations of molasse rocks, under the guidance of Professor Dr. F. Gassmann at the Geophysical Institute of ETH Zurich. His passionate interest in glaciers was no doubt fostered by his mountaineering activities, and while working on his PhD, Hans Röthlisberger participated in scientific expeditions in eastern Greenland (1951) and on Baffin Island (1950 and 1953), where he performed seismic experiments on glaciers.

This professional interest in glaciers led him to be awarded a tenured position in 1954 in the Hydrology Section of the “Versuchsanstalt für Wasserbau und Erdbau”, or the Laboratory of Hydraulics and Earthworks (VAWE, ETH Zurich) under the leadership of Prof. P. Kasser. From 1957 to 1961, Hans worked as a contract scientist at the US Army Snow, Ice and Permafrost Research Establishment (SIPRE, now known as the CRREL) in Wilmette, Illinois. During that time, he participated in scientific expeditions to Thule, West Greenland. From 1961 until his retirement in 1988, “Tschoon” (John), as he came to be known, continued his career at the VAWE, or the VAW, as it was called after 1970.

After some important seismic investigations of glaciers, Hans focused on scientific activity in the area of subglacial hydrology, a research field where he made himself a name with his theory of subglacial channel hydraulics, first described in one of the most frequently cited papers of the Journal of Glaciology (1972, more than 300 citations up to now) now known as “R (for Röthlisberger)-channels. This work also served as his habilitation thesis for his qualification as a “Dozent” at ETH Zürich, a degree awarded to him in 1972. Hans Röthlisberger performed pioneering work on risk management problems related to glacier hazards and lake ice (e.g., Mattmark/Allalin glacier 1965, Bisgletscher/Randa 1972, and the frozen Lake Zurich, or “Seegfrörni” in 1963).

In recognition of his laudable scientific work, Hans Röthlisberger was awarded the title of Professor by the Swiss Federal Government in 1984, and the Seligman Crystal from the International Glaciological Society (IGS) in 1992. Since his retirement in 1988, Hans Röthlisberger attended most of the IGS conferences, and he participated regularly at the weekly seminars held by the Glaciology Section of the VAW every winter.

In 1988 Hans Röthlisberger became Professor Emeritus but his interest in glaciological questions was as lively as ever. Hans Röthlisberger´s contributions to the scientific discussions at conferences and seminars were as highly regarded as ever. In fact, the demands made on him could be so great, that Hans Röthlisberger occasionally found himself in such a time squeeze, that he was required to explain this dilemma to his dialogue partner, patiently, gently and in such detail, that no regard whatsoever was given to the passage of time.

Also in future glaciologists will hopefully be inspired and encouraged by Hans Röthlisberger´s ideas and insights; in particular by his superb ability to objectively and rigorously analyze glaciological issues, in his own exemplary scientific style.

We will remember Hans Röthlisberger as a friendly and generous person who was of inestimable value for the glaciological community. Thank you, Tschoon!