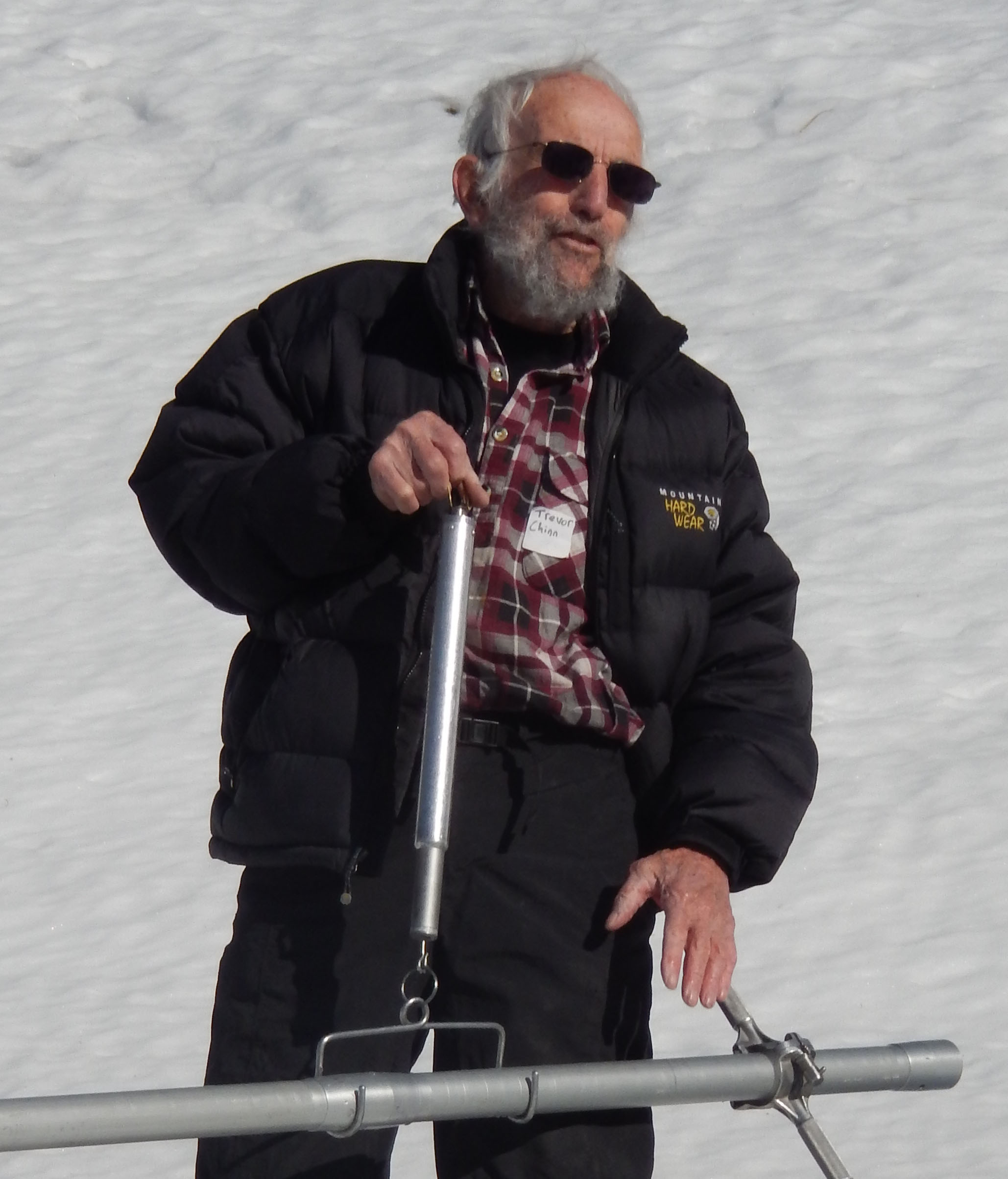 It is with great sadness that the New Zealand branch of the International Glaciological Society and wider snow and ice research community acknowledge the passing of Dr Trevor Chinn.

Trevor died on the morning of 20th December 2018 following a recent stroke.

Trevor was an integral part of snow and ice research in New Zealand for over 50 years. His knowledge of the New Zealand and Antarctica cryosphere was immense, he had an impressive publication record, and undoubtedly, the best known knowledge of glaciers large and small across the entire Southern Alps. His passion for the mountains, and drive to better understand snow and ice processes, meant that Trevor spent many hours in the field. He was a key player in the initiation of New Zealand’s first glacier mass balance programmes on Tasman and Ivory Glaciers, and later pioneered the end-of-summer snowline monitoring programme, which has evolved to one of the most comprehensive glacier data sets in the Southern Hemisphere. Trevor had an energy and spark that was contagious. He loved to engage with students and delighted in encouraging the next generation of scientists – especially with a cheeky challenge to their hypothesis or interpretation.

Trevor’s outgoing personality meant that he was not only good at doing science but great at communicating science. He was the go-to person for media and education. His ability to take complex scientific processes and explain them to a general audience was legendary, especially the way his animated explanations were often accompanied by one of his original glacier-cartoons!

Trevor was awarded a Doctor of Science from the University of Canterbury in 2007, having completed a Masters in Geology there back in 1975.

In 2016, in recognition of his outstanding service and contribution to glaciological research in New Zealand and Antarctica, the International Glaciological Society awarded Trevor with the prestigious Richardson Medal.

Our hearts and thoughts go out to Trevor’s family and friends, and to all those whom this ‘glaciologist- extraordinaire’ touched during his amazing life.

A memorial service is being planned to celebrate Trevor’s life in the New Year. We will provide details of this nearer the time.

If you would like to read the extended obituary for Trevor, please refer to ICE 178 3rd issue 2018 p32